Shares
A Chinese billionaire with Canadian citizenship has been seized from his apartment at the Four Seasons hotel in Hong Kong and taken to mainland China, a source familiar with the situation told CNN Wednesday. 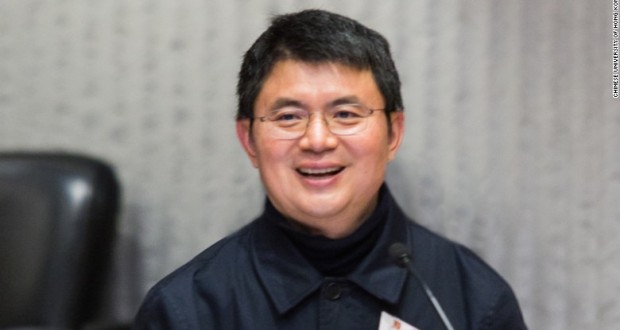 Hong Kong police said they were investigating the disappearance of Xiao Jianhua, who was reported missing Friday. Police added that they had received a request Saturday from a family member to drop the case, CNN reports.

“We are still investigating and have reached out to the mainland authorities concerned,” the statement said.

Xiao is one of China’s richest men and controls the Tomorrow Group, a massive holding company with stakes in banks, insurers and property developers. According to Hurun, which analyzes Chinese wealth, Xiao is 46 and has a net worth of $6 billion.

The person familiar with the situation told CNN that there was a small scuffle between two dozen security officials and Xiao’s own security detail, which usually numbers about eight bodyguards per shift.

The source, who wanted to remain anonymous because of the politically sensitive nature of the case, said Xiao had close connections to some of China’s most powerful families.

In a front-page ad published in Hong Kong’s Mingpao newspaper Wednesday, Xiao appeared to deny he had been kidnapped.

The statement in Chinese, which had Xiao’s name printed at the bottom, said that he was “recuperating overseas” and hoped to meet with media once he had recovered.

“I’m a patriotic overseas Chinese and I’ve always loved the party and the country,” it said. The statement added that he was a Canadian citizen entitled to consular assistance and a permanent Hong Kong resident.

Mingpao said they couldn’t disclose who bought the unusual ad, which according to the newspaper’s advertising rate card would have cost $36,500.

Other high-profile businesspeople detained in China have been pressed to release messages insisting that everything is fine.

The newspaper statement was similar to a post on the Tomorrow Group’s WeChat account — a social network and messaging app that’s massively popular in China. The post has since been deleted.

The Four Seasons, which occupies a 45-story skyscraper that commands spectacular views of Hong Kong’s harbor, said it was cooperating with the police investigation but declined to comment further.

The Canadian Consulate said it was aware of the reports and officials were “in contact with the authorities to gather additional information and provide assistance.”

“In order to protect the privacy of the individual concerned, further details on this case cannot be released.”

China’s Ministry of Foreign Affairs and Public Security Ministry didn’t respond to a request for comment.