Shares
Trump threatened to send US troops into Mexico to stop “bad hombres down there” unless the Mexican military does more to control them itself, the Associated Press said, quoting an unnamed source. 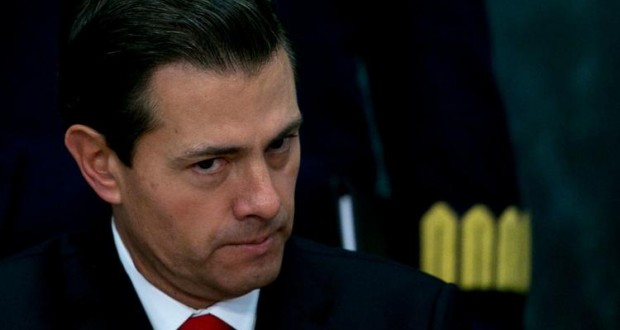 The Mexican government on Wednesday vehemently denied reports that US President Trump threatened to send American soldiers into Mexico during a phone call with Mexican President Enrique Pena Nieto, Joinfo.com reports with reference to LA Times.

Such a threat “did not happen during that call,” said a government statement released on Twitter Wednesday night.

“I know it with absolute certainty, there was no threat,” Peña Nieto spokesman Eduardo Sanchez said in a radio interview. “The things that have been said are nonsense and a downright lie.”

The Associated Press and a Mexican news website, Aristegui Noticias, reported earlier in the day that Trump had humiliated Pena Nieto during a phone call between the leaders on Friday.

Trump threatened to send US troops into Mexico to stop “bad hombres down there” unless the Mexican military does more to control them itself, the Associated Press said, quoting an excerpt of a transcript of the conversation that it said was obtained from an unnamed source.

The White House would not comment on the purported transcript and denied that the U.S. was planning to invade Mexico. A White House official pointed to a joint statement issued by the two leaders Friday noting they had discussed the need to “work together to stop drug cartels, drug trafficking and illegal guns and arms sales.”

The news came the same day Australia’s prime minister refused to comment on reports that an angry President Donald Trump cut short their first telephone call over the weekend.