Shares
Today is Groundhog Day when, as all fans of Bill Murray’s film of that name know, a groundhog named Phil pops out of his burrow to tell the inhabitants of Punxsutawney, Pennsylvania when winter will end. 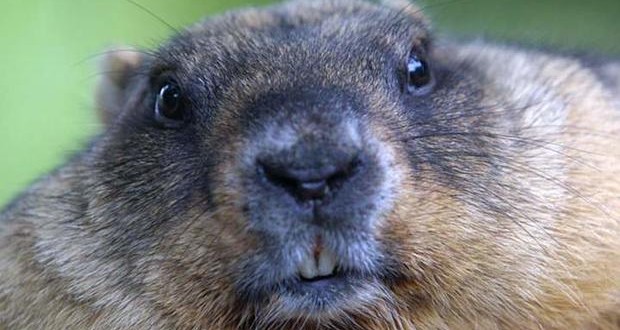 Here are top 10 facts about groundhogs:

1. The theory is that if skies are clear and Phil sees his shadow, winter will go on for another six weeks but overcast skies predict that spring is imminent.

3. Groundhog watchers say he is always right; meteorologists say tossing a coin is just as good. 4. Groundhog Day has its origins in the German feast of Candlemas, which is also on February 2.

5. The groundhog is a member of the marmot family, also known as a woodchuck or whistlepig.

6. The last of those names comes from its habit of giving a warning whistling when it sees a predator.

7. They also whistle during the courtship season in spring. 8. The average groundhog in the wild lives 6-8 years. Punxsutawney Phil is said to owe his longevity to drinking a magical punch in summer.

9. The annual groundhog prediction ceremony is made at a place called Gobbler’s Knob in Woodland’s Avenue Punxsutawney.

10. The 1993 film Groundhog Day was actually filmed in Woodstock, Illinois.