Shares
“Mauritia,” what researchers have dubbed the continental fragment, likely broke off of the supercontinent Gondwana 200 million years ago 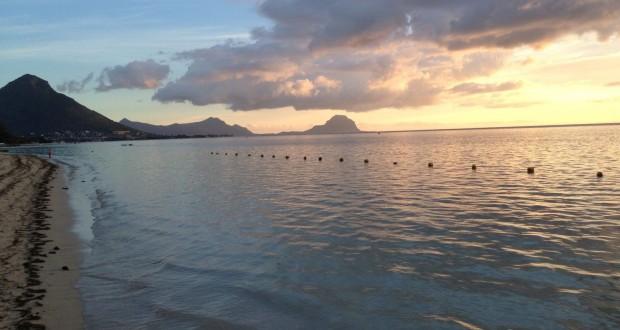 An ancient lost continent is lying at the bottom of the Indian Ocean, underneath the island of Mauritius, according to a new study led by a geologist from South Africa’s University of the Witwatersrand, Joinfo.com reports with reference to Quartz Africa.

“Mauritia,” what researchers have dubbed the continental fragment, likely broke off of the supercontinent Gondwana as it splintered some 200 million years ago to form the continents of Africa, India, Australia, South America, and Antarctica. The team found zircons, minerals found mostly in the granite found in continents, that were as many as 3 billion years old on the island of Mauritius which is itself only 8 million years old. “The fact that we have found zircons of this age proves that there are much older crustal materials under Mauritius that could only have originated from a continent,” said Lewis Ashwal, from Wits University and lead author of the report published in Nature Communications this week.

Researchers had previously found zircon crystals of a similar age on the beaches of Mauritius, but critics questioned whether the mineral could have been blown onto the island from elsewhere. Ashwal’s study looked at crystals recovered from trachyte rocks, igneous volcanic rock, where the zircons would have only emerged from volcanic eruption.

To date the crystals, Ashwal’s team was meticulous about avoiding cross contamination with rocks from other samples. Moreover, the laboratory used at the German Research Centre for Geosciences in Potsdam, Germany had never processed rock as old as the zircons they found. “[The zircons] cannot have been introduced into the rocks by wind, waves, or transported by birds, car tires, or people’s shoes,” Ashwal said.