Shares
A new research published in the journal Pediatrics has uncovered a link between low adherence to the Mediterranean diet and an increased risk of ADHD. 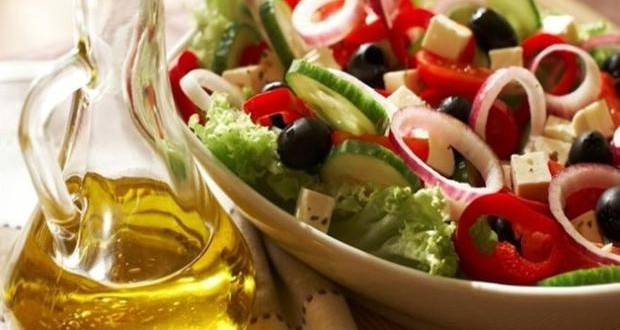 Attention deficit hyperactivity disorder (ADHD) is a neurodevelopmental condition characterized by poor attention, impulsive behavior, and hyperactivity. According to the Centers for Disease Control and Prevention (CDC), as of 2011, approximately 11 percent of children aged between 4 and 17 in the United States have received a diagnosis of ADHD, making it one of the most common neurodevelopmental disorders in childhood, Medical News Today reports.

Although the precise causes of ADHD are unclear, previous research has suggested that a poor diet may play a role. Some studies have also indicated that healthful diets could help to prevent or treat ADHD, though other research has challenged this theory.

For the new study, team leader María Izquierdo Pulido, of the Faculty of Pharmacy and Food Sciences of the University of Barcelona in Spain, and colleagues investigated whether a Mediterranean diet might be associated with lower ADHD diagnosis.

“To our knowledge, there are no studies that examined the potential relationship between adherence to the Mediterranean diet and ADHD,” the authors note.

ADHD diagnosis is likelier with low adherence to Mediterranean diet.

A Mediterranean diet is considered by many as the optimal diet for good health, with studies linking this eating pattern to reduced risk of heart disease, Alzheimer’s disease, and some types of cancer.

To determine whether this diet may be effective against ADHD, Pulido and team analyzed the data of 60 children and adolescents aged between 6 and 16 who had been diagnosed with ADHD. These children were matched by age and sex to 60 children without ADHD.

The dietary patterns of the two groups were assessed using food frequency questionnaires, and the team used the KIDMED test to calculate the children’s adherence to a Mediterranean diet.

Compared with children who had high adherence to a Mediterranean diet, those with a low adherence were more likely to have received a diagnosis of ADHD, the researchers report.

Furthermore, the team identified a higher prevalence of ADHD among children who consumed high amounts of candy and sugary drinks, but low amounts of fatty fish.

While the researchers say that their study cannot conclude that a Mediterranean diet protects against ADHD, they say that their findings do indicate that poor dietary patterns may be linked to the disorder.

“The current findings suggest that certain dietary habits may play a role in ADHD development, even though further work is required to investigate causality and to determine if dietary manipulation could reverse the symptoms of ADHD, taking into consideration all potential factors.

Therefore, our main recommendation is that clinicians focus on diet not with the expectation of dietary changes improving behavior but with the concern that children with ADHD are more likely to be eating unhealthy diets; this component should therefore be part of the evaluation to improve their health.”

It should be recalled that Spanish scientists from University of Granada have recently found that frying vegetables in extra virgin olive oil produces higher levels of natural phenols, antioxidants that help prevent chronic degenerative diseases such as cancer, diabetes and macular degeneration.