Shares
Readings in the reactor are the highest since the 2011 meltdown. 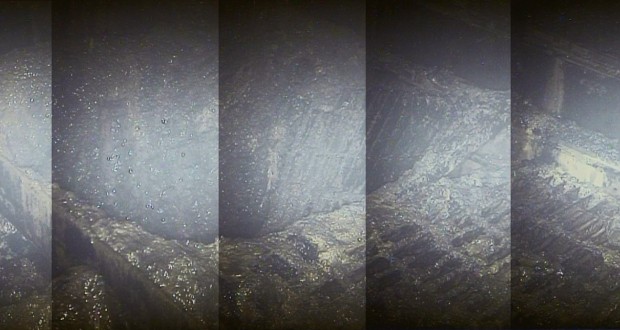 Radiation levels inside the damaged Fukushima nuclear reactor are over 100 times fatal levels, the highest they’ve been since the triple meltdown in March 2011, according to operator Tepco, Joinfo.com reports with reference to Engadget.

The company recently sent a camera-equipped robot into the reactor, which relayed images showing a meter-wide hole in the pressure vessel (above), with possible melted uranium fuel on a grating below. “It may have … melted and made a hole in the [containment] vessel, but it is only a hypothesis at this stage,” a company spokesperson said. Since the accident, the highest recorded level in the plant was around 73 sieverts per hour, but a new reading, estimated from a camera that was sent in on Monday, shows an “unimaginable” 530 sieverts per hour, according to an expert. A dose of one sievert can cause radiation sickness, while 10 sieverts would kill you in a few weeks.

Tepco and its partners had been unable to locate the exposed low-enriched uranium fuel (LEU), a prerequisite to decommissioning the plant. So far, the levels of radiation made it impossible to get cameras and robots in close in close enough to gauge the damage — of the five sent in, none returned.

Until Monday, it was believed that the radioactive fuel was contained within the reactor’s pressure vessel. However, if it broke through into the larger containment vessel, the situation could be much worse than previously thought. The company had planned to deploy a robotic camera in March that can withstand 1,000 sieverts per hour, but the latest readings indicate it would last less than an hour.

Authorities are supposed to figure out a plan to remove the fuel by 2018, but the latest discovery could delay that. In December, the Japanese government pegged the plant decommissioning cost at 21.5 trillion yen ($190 billion), nearly double the original estimate.