Shares
A cancer patient who was given just 18 months to live has no trace of a tumour in his body after taking a wonder trial drug. 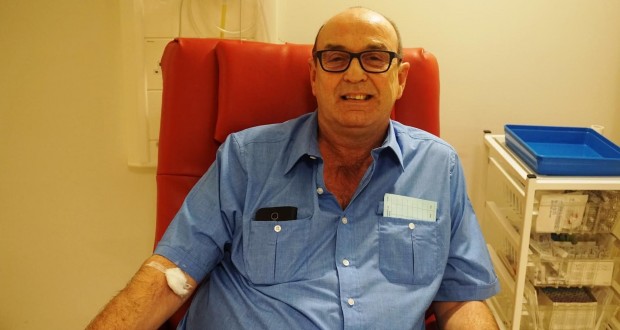 Bob Berry is one of only 12 people in the world to have taken the drug, which is so new it can’t be named, with the results of his treatment labelled ‘phenomenal’ by doctors, Metro reports.

The 60-year-old was diagnosed with lung cancer three years ago after suffering shoulder pain, and was given just 18 months to live after radiotherapy and chemotherapy failed to work.

He was put on a clinical drugs trial at Christie NHS Foundation trust in Manchester becoming one of the first people in the world to have access to the drug.

It was the first time the drug, which works in combination with immunotherapy treatment, had been used in humans to fight cancer.

Bob’s consultant at The Christie, Dr Matthew Krebs said: ‘Bob has had a phenomenal response to taking part in this clinical trial.

‘His most recent scans show that he’s had a complete response with no apparent trace of tumour in his body.

‘We will need to monitor Bob closely with regular scans to assess how durable this response will be.’

Bob added: ‘At the end of the day, this clinical trial at The Christie has extended my life and I couldn’t be more grateful. Anyone who is offered a clinical trial should seriously consider it.’