Home / World / World’s Most Endangered Marine Mammal Are Inches From Extinction, Just 30 Of Them Left

World’s Most Endangered Marine Mammal Are Inches From Extinction, Just 30 Of Them Left

Shares
Despite international efforts to save the vaquita, more than 90 percent of its population has been lost since 2011. 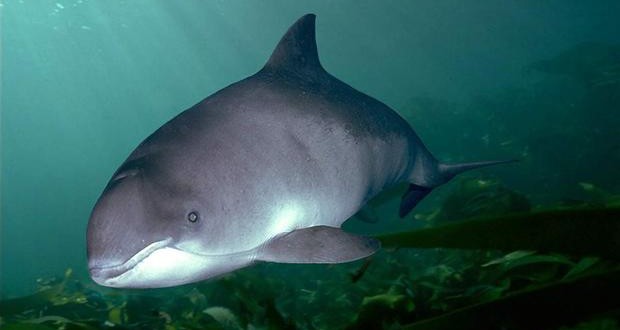 Hope for the vaquita, the most endangered marine mammal on Earth, is fast diminishing. Despite international efforts to prevent the extinction of the world’s smallest porpoise, found only in Mexico’s Upper Gulf of California, the vaquita population has plummeted to just 30 individuals, according to a recent report by the International Committee for the Recovery of the Vaquita, or CIRVA, Joinfo.com reports with reference to Huffington Post.

Almost 50 percent of the world’s vaquitas were lost between 2015 and 2016, CIRVA found. Over the past five years, the vaquita population has plummeted by 90 percent.

“The situation is completely out of control,” CIRVA chairman Lorenzo Rojas-Bracho told Science magazine this week.

Gill nets continue to be the number one threat facing vaquitas, according to CIRVA. The nets are used to catch shrimp and fish, including the critically endangered totoaba. The totoaba’s swim bladder, also known as maw, is considered a delicacy in parts of Asia. Dubbed “aquatic cocaine,” it can sell for as much as $10,000 a kilogram, or almost $5,000 a pound.

As demand for totoaba maw has grown in recent years, so have the hazards posed to vaquitas, which get entangled in gill nets and drown.

“[T]he already desperate situation has worsened, despite existing conservation measures and current enforcement efforts,” wrote the authors of the CIRVA report, published in late November but only widely reported this week. “Unless this decline can be stopped by eliminating mortality in illegal gill nets, the vaquita will be extinct in a few years.” The dried maws of the critically endangered totoaba fish, like those pictured with shark fins in Hong Kong, sell for thousands of dollars on the black market in Asia. Photo: Anthony Wallace/Getty Images

As vaquita numbers have dwindled, the Mexican government, with the support of the U.S., has made efforts in recent years to crack down on totoaba fishing and adopt improved conservation measures.

In 2015, Mexico implemented an emergency ban on the use of gill nets across the vaquitas’ range. (The regulation is set to expire in April. Conservationists have called for the ban to be made permanent.)

In December, Mexican officials announced an even more dramatic plan to save the porpoise. Starting this spring, scientists will attempt to capture some of the remaining vaquitas and transport them to a protected area where it is hoped the animals can breed in safety.

Spearheaded by CIRVA, the plan will involve some of the world’s top experts in acoustic monitoring and porpoise capture. Even the U.S. Navy and its trained dolphins have been roped in to participate in the effort.

“The team is the best that can be put together in the world. It is the ‘dream team,’” Rojas-Bracho told the AP last year.

The capture plan, however, has not been without controversy. Vaquitas have never been kept in captivity and there are fears that animals could die in the attempt, potentially precipitating the species’ extinction.

Conservation groups, including Greenpeace and the World Wildlife Fund, have urged the Mexican government to reconsider their strategy.

“These are desperate times for the vaquita as it staggers toward the brink of extinction. Therefore, it is not surprising that the solutions which are being suggested by those who want to save the species are also, increasingly, more desperate,” Gustavo Ampugnani, executive director of Greenpeace Mexico, told The Huffington Post in an emailed statement Thursday. “[But] this drastic measure will do very little if the underlying problem ― totoaba fishing and the use of gillnets ― has not been solved.”

“We know what must happen to save the vaquita in their natural habitat: cease the fishing of totoaba, not only with surveillance, but also with the application of socio-economic policies to support the region, involve communities in the protection of the vaquita, and develop fishing gear that does not endanger other species,” Ampugnani continued.