Shares
Scientists of University of South Australia have tracked 400 house cats and revealed their nocturnal wanderings. The GPS data showed the median range cats were roaming was 1.04 hectares 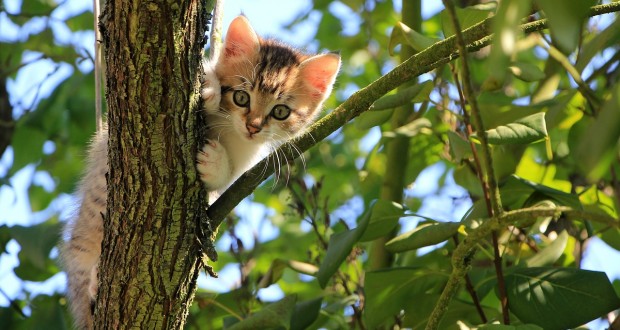 When Ms Davy entered her cat Bagheera into a South Australian research project, she was amazed by the feline nocturnal adventures, Joinfo.com reports with reference to ABC news.

“I was astonished about where he had gone. He roamed over 20 hectares ” she said.

It turned out Bagheera was also a regular night-time visitor to the neighbour’s house, where an Australian native garden had a tempting supply of birds.

“He was obviously going there in the night time, because they had never seen him,” Ms Davy said.

Bagheera is one of more than 400 cats whose owners strapped GPS units to their collars for a week as part of the University of South Australia’s Cat Tracker project.

Doctor Philip Roetman from the university’s School of Natural and Built Environments said there was no other research like it in the world.

“Previous studies have only tracked between 10 and 20 cats, so it has been fascinating to look at this really large sample of data” he said. 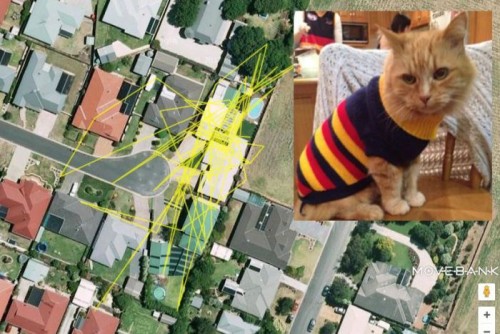 PHOTO: Rusty the Cat from Mount Gambier has also been profiled, along with his GPS tracking data. (Supplied: Discovery Circle)

Researchers found the median range cats were roaming was 1.04 hectares, which is approximately half the playing surface at the Adelaide Oval.

It came as a shock to many owners — including one who sent their GPS cat tracker back to researchers with an apology note, saying their cat had barely left the house, and it had all been a waste of time.

“But when we looked at the tracks of that cat it had a massive home range — one of the largest ones we looked at,” Dr Philip Roetman said.

He said many cats were having clandestine adventures despite their owners assuming they stayed indoors at night.

“We found that roughly 40 per cent of the cats that were supposedly inside at night, actually had quite large ranges at night,” he said. 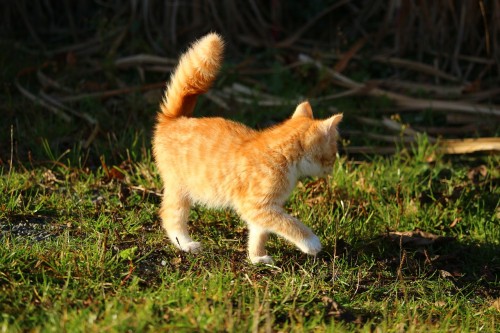 They said the information could be used by owners to make decisions about how to manage their cat.

“So, for example, if an owner has a particularly skittish cat, they might decide to provide extra hiding places for their pet, to make the cat more comfortable,” Dr Roetman said. 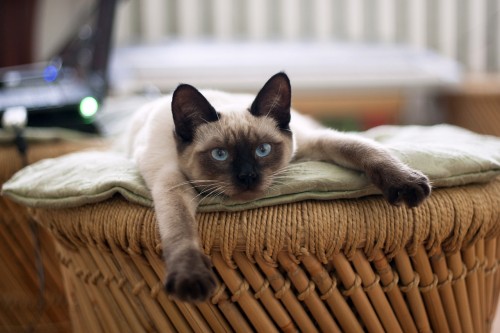 But that is not something Bagheera had to worry about. He scored high in friendliness and outgoingness.

“He is really low in skittishness so he makes the perfect school cat,” she said.

“Those wandering cats that go further, they show more signs of being in fights, they cross more roads, and they bring home more prey, typically,” Dr Roetman said.

Researchers are also interested in launching a national Cat Tracker program and also want to look at cat diet to see if it has an influence on how far the cats wander.