Immortality: The Future of Brain Augmentation and Uploaded Consciousness

Shares
Imagine the infinite human future of mind uploading, life after death, immortality. Would you still be you when we upload your mind? 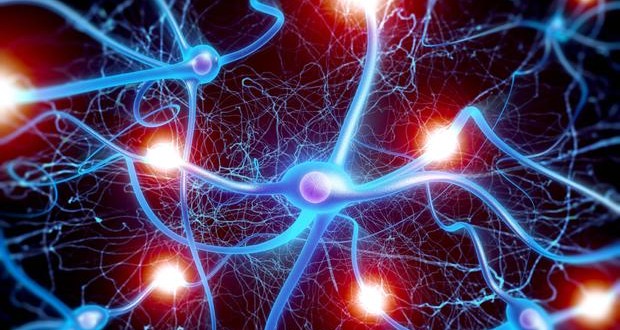 It sounds like a script for an episode of ‘Fringe’ series, but scientists were able to elicit a pattern similar to the living condition of the brain when exposing dead brain tissue to chemical and electrical probes, as John Vance Weston Hochmuth write for Futurism.

If you’ve ever worked with a virtualized computer, or played a video game ROM from a long-defunct console on your new PC, you understand the concept already: a mind is simply software, and the brain, the hardware it runs on. Imagine a day when your neurons, the matter that forms your mind, are transferred to a machine and their counterparts in your skull are disabled.

Imagine a future of mind uploading, whole-brain emulation, and the full understanding of the connectome. Now, imagine neuroscientists even discover a way to resurrect the dead, to upload the mind of those who have gone before, our ancestors, Socrates, Einstein?

In a paper published in Plos One in early December, scientists detailed how they were able to elicit a pattern similar to the living condition of the brain when exposing dead brain tissue to chemical and electrical probes.

The results of the study suggest that portions of the post-mortem human brain may retain latent capacities to respond with potential life-like and virtual properties.

Imagine the infinite human future(s) of mind uploading, life after death, immortality. How does it begin? Would you still be you when we upload your mind? Let’s imagine the journey as we explore the future of what brain augmentation might look like.

If you put a tiny chip in your brain which is 1,000 times more powerful cognitively than your biological brain, will you still be you?

Now it reminds me of Peter putting the Observer’s implant into his own neck.

Let’s say you put a tiny chip in your brain to enhance your memory capacity, analytical thinking, creativity and so forth. What if the capability of that chip was 1,000 times greater than that of your biological brain?

Let’s say you replace a single neuron in your brain with one that functions thousands of times faster than its biological counterpart.

You’d probably argue that you are, and even a significant speed bump in a single neuron is likely to go largely unnoticed by your conscious mind.

Now, you replace a second neuron.

Are you still you? Again, yes. You still feel like yourself. You still have the continuity of experience that typically defines individuality. You probably still don’t notice a thing, and indeed, with only a couple of overachieving neurons, there wouldn’t be much to notice.

So, let’s ramp it up. You replace a million neurons in your brain with these new, speedy versions, gradually over the course of several months. Sounds like a bunch, right? Not really; you’ve still only replaced 0.001% of your brain’s natural neurons by most estimates.

You may find you’re reading books a teensy bit faster now, and comprehending them more easily. An abstract math concept (say, the Monty Hall problem) that once confused you now begins to make some sense. You’re still very much human, though.

You stubbed your toe this morning due to poor reflexes, resulting from a lack of sleep. You briefly felt lonely for a moment. That cute cashier turned you on as much as ever.

But why stop there? You’re feeling pretty good. You feel the tug of something greater calling you. Is it the curiosity, the siren call of improving one’s own intelligence? You embark on a neurological enhancement regimen of two billion fancy new neurons every month for a year.

After this time, you’ve got on the order of 24 billion artificial neurons in your head, or about a quarter of your brain.

Your feelings and emotions are still intact, as the new neurons don’t somehow erase them; they just process them faster. Or they don’t, depending upon your preference. About half-way through this year, you began noticing profound perceptual changes.

You’ve developed a partially eidetic memory. Your head is awash in curiosity and wonder about the world, and you auto-didactically devour Wikipedia articles at a rapid clip. Within weeks you’ve attained a PhD-level knowledge of twenty subjects, effortlessly. You have a newfound appreciation for music – not just classical, but all genres. All art becomes not just a moving experience, but an experience embedded in a transcendental web of associations with other, far-removed concepts.

The article suggests that this uploading and enhancement goes on for years until … you’re virtually immortal. But only virtually, because speeding toward Earth at a ludicrous velocity is a comet the size of Greenland.

The now highly developed civilization builds some very large machines that circle the Sun, and it uploads everyone to these machines.

Eventually, the transfer is complete, and you wake up in a place looking very familiar.

Virtual worlds, mimicking the Earth to nanometer resolutions, have already been prepared. In the real world, gargantuan fleets of robots, both nano- and megascopic, are ready to continue building new computers, and spacecraft, and new robots, as humankind prepares to seed the cosmos with intelligence. We haven’t achieved faster-than-light travel, but our immortal minds and limitless virtual realities make space and time irrelevant, the article concludes.

It should be recalled that the first results of NASA’s twin study revealed that space physically impacts astronauts’ brains.