Shares
Bill Gates has funded a number of scientific research programs through the Bill and Melinda Gates Foundation, many of which are dedicated to promoting the development and use of vaccines throughout the world, according to Natural News outlet 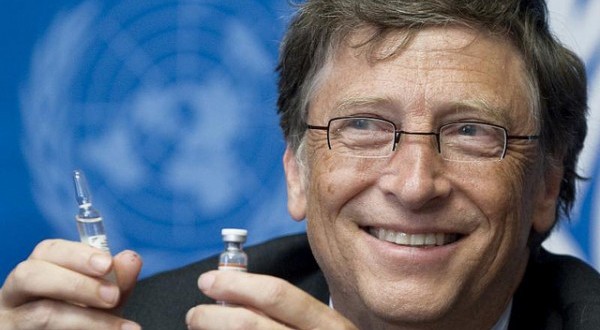 According to Natural News, Bill Gates’ latest project, the Coalition for Epidemic Preparedness Innovations (CEPI), an organization whose stated mission is to “stop future epidemics by developing new vaccines for a safer world,” was unveiled by Gates at the World Economic Forum in Davos, Switzerland last month.

CEPI was created and funded by the Bill & Melinda Gates Foundation, along with support from the World Economic Forum, biomedical research charity Wellcome Trust, and the governments of Norway and India. With $460 million in initial funding and hundreds of millions more promised over the next five years, CEPI hopes to create “an innovative partnership between public, private, philanthropic and civil organizations.”

The main goal of the coalition appears to be the development of new vaccines that can be approved quickly for use on humans, a strategy Gates says may be necessary to avoid a major global pandemic in a “tragically unprepared” world. He also warned that such vaccines might be our only hope in the case of a bioterrorist attack, a scenario difficult to predict the probability of, he admitted, but one that could be “huge” nonetheless in terms of potential damage.

“The idea is to take a new way of building vaccines that could let us develop in less than a year a novel vaccine, called DNA/RNA vaccines,” Gates said.

“Right now it takes years to build a new vaccine,” he said. “But the scientific idea of these new platforms could radically change that so that a lot of the steps are sitting there ready – the factory piece, understanding the regulatory piece. And you just have to plug in some information and do some quick safety profiles and then you can get into manufacturing quite rapidly.”

That all sounds nice unless you happen to know something about Bill Gates’ views on depopulation and how they are connected to vaccines, the article says.

According to the piece, in a 2010 TED presentation, Gates talks about the need – in his opinion – for strategies that could help reduce the global population. Incredibly, he mentions vaccines as one of the agents that could be used to help achieve such a goal.

Here are his exact words:

“The world today has 6.8 billion people… that’s headed up to about 9 billion. Now if we do a really great job on new vaccines, healthcare, reproductive health services, we could lower that by perhaps 10 or 15 percent.”

So exactly how do vaccines help in reducing the population? They’re supposed to save lives, right?

Well, that’s the $460 million dollar question. Bill never explained in public how vaccines reduce populations, but those of us who haven’t been brainwashed by all the pro-vaccine propaganda know that vaccines can be made that are capable of sterilizing people (among other things). You don’t have to kill people outright, just prevent them from making babies.

And, of course, if there were a bioterrorist attack – “false flag” or otherwise – it would certainly provide an excuse for the vaccine industry to do whatever it sees fit. Of course, that’s pretty much the case already, since the vaccine industry virtually controls all of the agencies responsible for regulating its activities.

So don’t be surprised when the next manufactured pandemic or bioterrorism threat ushers in a new era in which (no doubt mandatory) vaccines are developed and pushed on the public without adequate testing or safety trials. That sure would dovetail nicely with Bill’s depopulation vision, wouldn’t it?

Was Bill trying to hint that something big is really about to happen, or was it just more fear-mongering to push his vaccine agenda?