Shares
Angry at the civilian casualties incurred last month in the first commando raid authorized by President Trump, Yemen has withdrawn permission for the United States to run Special Operations ground missions against suspected terrorist groups in the country, according to American officials. 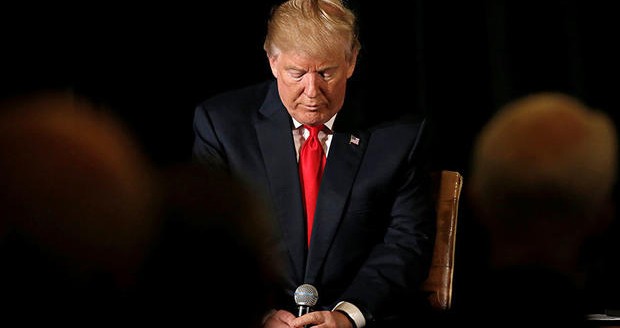 Grisly photographs of children apparently killed in the crossfire of a 50-minute firefight during the raid caused outrage in Yemen. A member of the Navy’s SEAL Team 6, Chief Petty Officer William Owens, was also killed in the operation, New York Times reports.

While the White House continues to insist that the attack was a “success” — a characterization it repeated on Tuesday — the suspension of commando operations is a setback for Mr. Trump, who has made it clear he plans to take a far more aggressive approach against Islamic militants.

It also calls into question whether the Pentagon will receive permission from the president for far more autonomy in selecting and executing its counterterrorism missions in Yemen, which it sought, unsuccessfully, from President Barack Obama in the last months of his term.

Mr. Obama deferred the decision to Mr. Trump, who appeared inclined to grant it: His approval of the Jan. 29 raid came over a dinner four nights earlier with his top national security aides, rather than in the kind of rigorous review in the Situation Room that became fairly routine under President George W. Bush and Mr. Obama.

The raid, in which just about everything went wrong, was an early test of Mr. Trump’s national security decision-making — and his willingness to rely on the assurances of his military advisers. His aides say that even though the decision was made over a dinner, it had been fully vetted, and had the requisite legal approvals.

Mr. Trump will soon have to make a decision about the more general request by the Pentagon to allow more of such operations in Yemen without detailed, and often time-consuming, White House review. It is unclear whether Mr. Trump will allow that, or how the series of mishaps that marked his first approval of such an operation may have altered his thinking about the human and political risks of similar operations.

The Pentagon has said that the main objective of the raid was to recover laptop computers, cellphones and other information that could help fill gaps in its understanding of Al Qaeda in the Arabian Peninsula, whose leaders have tried to carry out at least three attacks on the United States. But it is unclear whether the information the commandos recovered will prove valuable.

The White House continued its defense of the raid on Tuesday, making no reference to the Yemeni reaction.

Sean Spicer, the White House press secretary, denied reports that the purpose of the attack was to capture or kill any specific Qaeda leader. “The raid that was conducted in Yemen was an intelligence-gathering raid,” he said. “That’s what it was. It was highly successful. It achieved the purpose it was going to get, save the loss of life that we suffered and the injuries that occurred.”

Neither the White House nor the Yemenis have publicly announced the suspension. Pentagon spokesmen declined to comment, but other military and civilian officials confirmed that Yemen’s reaction had been strong.