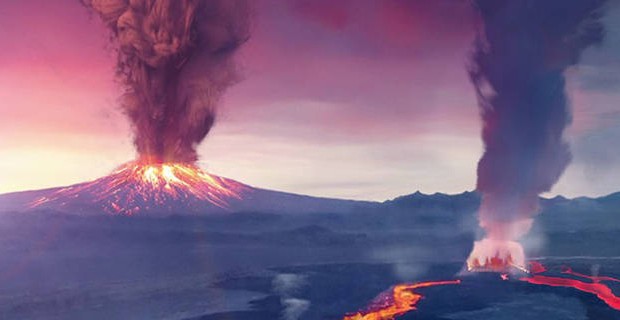 The search for life beyond Earth starts in habitable zones, the regions around stars where conditions on planets could potentially allow liquid water stay on the surface and sustain life. But scientists found out that young red dwarf stars frequently erupt and spew huge amounts of stellar material and radiation out into space around them and, therefore, cause oxygen loss in habitable zones, Joinfo.com reports with reference to NASA.

Now, a team of NASA scientists wants to expand how habitable zones are defined, taking into account the impact of stellar activity, which can threaten an exoplanet’s atmosphere with oxygen loss. This research was published in The Astrophysical Journal Letters on Feb. 6, 2017.

Stars more massive than our sun produce more heat and light, so the habitable zone must be farther out. Smaller, cooler stars yield close-in habitable zones.

But along with heat and visible light, stars emit X-ray and ultraviolet radiation, and produce stellar eruptions such as flares and coronal mass ejections – collectively called space weather. One possible effect of this radiation is atmospheric erosion, in which high-energy particles drag atmospheric molecules – such as hydrogen and oxygen, the two ingredients for water – out into space.

See also: Mars Mystery – How Could Its Surface Be Warm Enough For Liquid Water?

Vladimir Airapetian, lead author of the paper and a solar scientist at NASA’s Goddard Space Flight Center and his team developed a new model for habitable zones which takes this effect into account.

Every day, young stars produce superflares, powerful flares and eruptions at least 10 times more powerful than those observed on the sun. On their older, matured counterparts resembling our middle-aged sun today, such superflares are only observed once every 100 years.

Superflares cause atmospheric erosion when high-energy X-ray and extreme ultraviolet emissions first break molecules into atoms and then ionize atmospheric gases. During ionization, radiation strikes the atoms and knocks off electrons. Electrons are much lighter than the newly formed ions, so they escape gravity’s pull far more readily and race out into space.

In this conceptual animation, X-ray and extreme ultraviolet light from a young red dwarf star cause ions to escape from an exoplanet’s atmosphere:

“When we look at young red dwarfs in our galaxy, we see they’re much less luminous than our sun today,” Airapetian said. “By the classical definition, the habitable zone around red dwarfs must be 10 to 20 times closer-in than Earth is to the sun. Now we know these red dwarf stars generate a lot of X-ray and extreme ultraviolet emissions at the habitable zones of exoplanets through frequent flares and stellar storms.”

The study shows that the violent storms of young red dwarfs generate enough high-energy radiation to force not just hydrogen, as the lightest element, but even oxygen and nitrogen – building blocks for life’s essential molecules – to escape into space.

Modeling the oxygen loss rate is the first step in the team’s efforts to expand the classical definition of habitability into what they call space weather-affected habitable zones.

The new habitability model has implications for the recently discovered planet orbiting the red dwarf Proxima Centauri, our nearest stellar neighbor. The team applied their model to the roughly Earth-sized planet, dubbed Proxima b, which orbits Proxima Centauri 20 times closer than Earth is to the sun.

Considering the host star’s age and the planet’s proximity to its host star, the scientists expect that Proxima b is subjected to torrents of X-ray and extreme ultraviolet radiation from superflares occurring roughly every two hours. They estimate oxygen would escape Proxima b’s atmosphere in 10 million years. Additionally, intense magnetic activity and stellar wind – the continuous flow of charged particles from a star – exacerbate already harsh space weather conditions. The scientists concluded that it’s quite unlikely Proxima b is habitable.

“We have pessimistic results for planets around young red dwarfs in this study, but we also have a better understanding of which stars have good prospects for habitability,” Airapetian said. “As we learn more about what we need from a host star, it seems more and more that our sun is just one of those perfect parent stars, to have supported life on Earth.”