Shares
At least six people were killed and more than 120 injured when a powerful earthquake struck in the southern Philippines Friday night, damaging buildings and an airport and knocking out power. 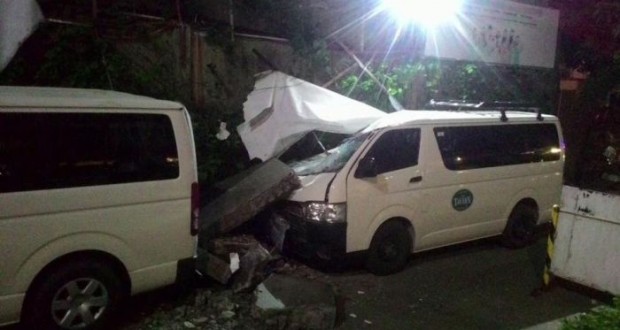 The late Friday quake with a magnitude of 6.5 roused residents from sleep in the Surigao del Norte province, sending hundreds fleeing from their homes, Joinfo.com reports with reference to ABC News.

The quake was centered about 14 kilometers northwest of the provincial capital of Surigao at a relatively shallow depth of 11 kilometers, said Renato Solidum of the Philippine Institute of Seismology and Volcanology.

Nearly 100 aftershocks have been felt, officials said, adding that schools were being reopened as evacuation centers for residents wary of returning to their damaged homes.

Mr Solidum said the quake was set off by movement in the Philippine fault, which sits in the Pacific “Ring of Fire” where quakes and volcanoes are common. 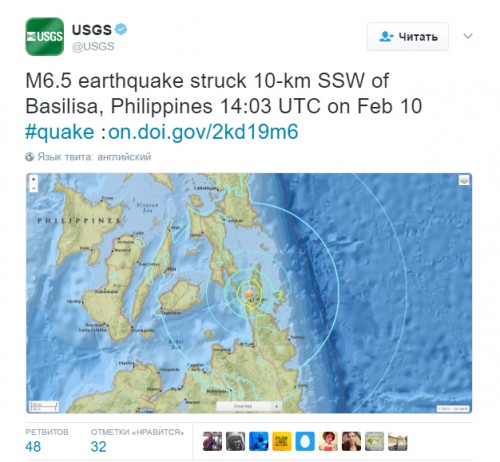 A number of people were killed, some after being hit by falling debris and blunt objects, provincial disaster-response official Gilbert Gonzales said.

At least 126 others were injured in Surigao city, about 700 kilometers southeast of Manila.

Several mostly low-slung buildings and schools sustained cracks in the coastal city and a bridge collapsed in an outlying town.

Rescue teams were checking for possible casualties in a village called Poknoy in the city of 140,500 people, he said.

The city’s airport was temporarily closed due to cracks in the runway, aviation officials said.

A major port in Lipata district also was closed while engineers checked the stability of an access road, Mr Gonzales said.

“The shaking was so strong I could hardly stand,” coast guard personnel Rayner Neil Elopre said.

Village leaders asked residents to move to a school building on higher ground, Mr Elopre said, pausing briefly during a mild aftershock while talking on the phone.

Police officer Jimmy Sarael said he, his wife and two children embraced each other until the shaking eased.

They later moved to the moonlit grounds outside the provincial capitol complex to join more than 1,000 jittery residents, he said.

The last major earthquake that struck Surigao, an impoverished region also dealing with a communist insurgency, was in the 1800s, Mr Solidum said.

It should be recalled that a massive 7.3-magnitude underwater earthquake has struck off the coast of the Philippines on January 10th.