Shares
A pair of Sir Mick Jagger's trousers are set to fetch more than $10,000 at auction. 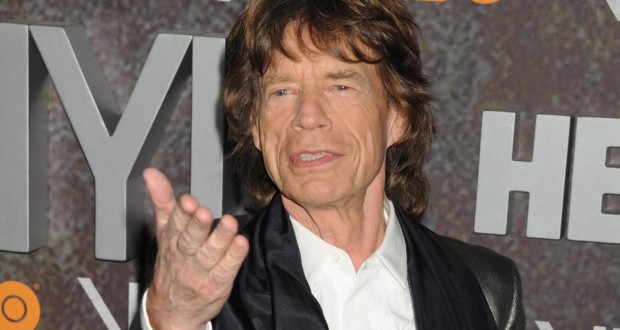 The Rolling Stone frontman’s custom-made pants, which he later shared with his bandmate Keith Richards, are being sold online at RRAuction.com and are expected to make the huge sum, Joinfo.com reports with reference to Missoulian.

“The front of the pants consist of two buttons and a zipper, with the rear featuring an adjustable belt. In very good condition, with extensive wear from use and some staining to back. Accompanied by a copy of a letter of provenance from John Nuese, a close friend of Parsons and a founding member of the International Submarine Band, dated October 24, 2007, who lists them as ‘Blue velvet pants, custom made for Mick Jagger, used by Mick and Keith Richards, then given by Mick to Gram Parsons.'”

It should be recalled that Mick Jagger, 73, has been enjoying parenthood lately. He flew ballerina Melanie, 29, and their two-month-old son Deveraux Octavian Basil Jagger to Mustique for a 10-day break at his luxury villa.