Shares
The former foreign minister has been chosen to become the 12th president of Germany. Steinmeier will take office on March 18. 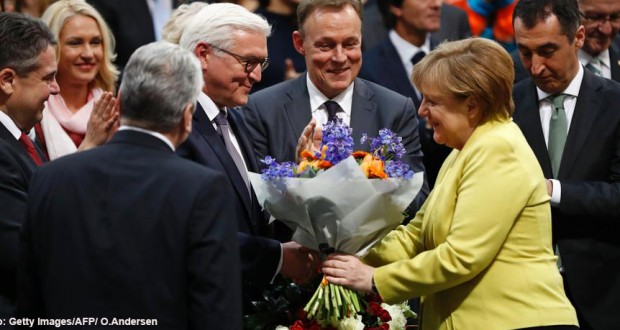 A special 1,260-member assembly on Sunday confirmed general expectations and elected Steinmeier as the new ceremonial head of state of the German Federal Republic, Joinfo.com reports with reference to Deutsche Welle.

He will succeed current President Joachim Gauck, who decided to step down after a single five-year term in office, citing his advanced age of 77.

In his acceptance speech, Steinmeier called Germany “an anchor for hope,” saying that the country should take responsibility and serve as a role model for other countries. “[Germany] inspires others to be brave, not because everything is well here, but because we’ve shown how much a country can improve,” he said.

Steinmeier indirectly addressed the surge of right-wing parties and anti-EU sentiments across Europe by asking Germans to defend freedom and democracy in the EU. “[These values] are not invulnerable, but I am firmly convinced that they are strong,” he said.

The normally sober proceedings were enlivened by a splash of color in the form of drag queen Olivia Jones (aka Oliver Knöbel), who turned up in a huge orange wig and a bright blue dress. Jones described herself as a “statement on all things diverse.” 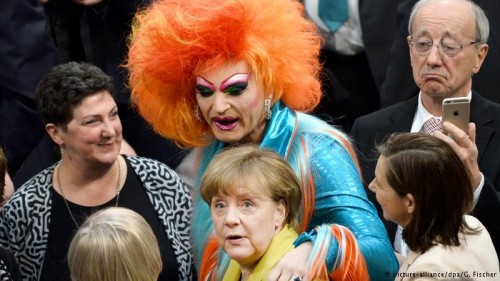 The Federal Convention does not consist solely of politicians, with states sometimes also sending leading community figures to vote.

Though the ballot included four other candidates for the largely symbolic but morally important position, Steinmeier was by far the favorite candidate, drawing support from across Germany’s political spectrum. Alongside backing from his own Social Democratic Party (SPD), Steinmeier also received endorsements ahead of the election from Chancellor Angela Merkel and her conservative bloc (CDU/CSU), as well as from representatives in the Green and Free Democratic (FDP) parties.