Shares
Thousands of stars and galaxies set a phenomenal backdrop in this Hubble Space Telescope image that includes a section of the constellation of Sagittarius. 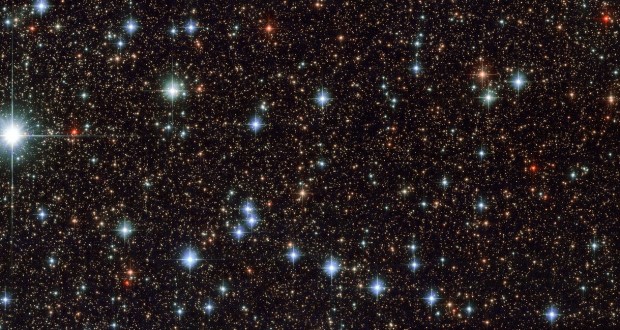 “The region is rendered in exquisite detail — deep red and bright blue stars are scattered across the frame, set against a background of thousands of more distant stars and galaxies,” NASA officials wrote in an image description, according to Space.

“Two features are particularly striking: the colors of the stars, and the dramatic crosses that burst from the centers of the brightest bodies.” NASA released the image on Jan. 19. 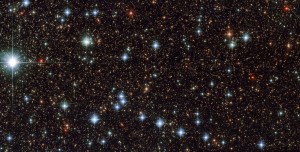 Part of the constellation of Sagittarius, known as The Archer, was imaged by the Hubble Space Telescope’s Advanced Camera in fantastic details. Stars across the photo twinkle with reds, blues, silvers and golds. Credit: ESA/Hubble & NASA

Scientists used Hubble’s Advanced Cameras for Surveys to capture the stars of Sagittarius, a constellation that is also known as The Archer. The fascinating crosses seen in the brighter stars are known as diffraction spikes.

“The crosses are nothing to do with the stars themselves, and, because Hubble orbits above Earth’s atmosphere, nor are they due to any kind of atmospheric disturbance,” NASA officials wrote in the description, adding that the crosses are caused by part of Hubble itself. “Like all big modern telescopes, Hubble uses mirrors to capture light and form images. Its secondary mirror is supported by struts, called telescope spiders, arranged in a cross formation, and they diffract the incoming light.”