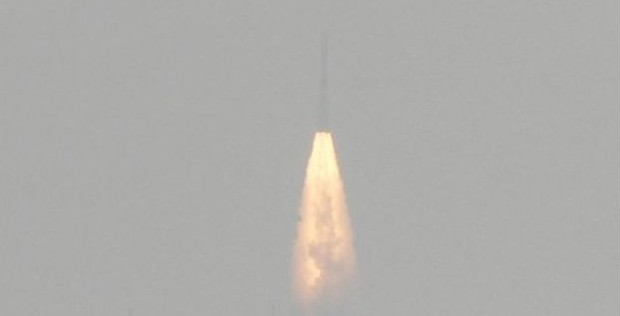 The Polar Satellite Launch Vehicle (PSLV) blasted off from India’s Satish Dhawan Space Centre at 10:58 p.m. EST (0358 GMT on Feb. 15) with three satellites from India and 101 smaller nano satellites (also called nanosats) from five other countries: the U.S., the Netherlands, Israel, Kazakhstan and Switzerland. This number crushes the previous record of 37 satellites sent into orbit aboard a single Russian Dnepr rocket in June 2014, Joinfo.com reports with reference to Space.

With a combined payload of about 3,040 lbs. (1,380 kilograms), the mission aims to launch the Cartosat-2 series satellite for Earth observation and the other 103 spacecraft into polar sun-synchronous orbit at an altitude of 314 miles (505 kilometers), ISRO officials said.

Eighty-eight of the 101 nano satellites that were launched into space belong to the U.S.-based Earth-observing company Planet. Measuring only 12 inches long by 4 inches wide by 4 inches high (30 by 10 by 10 centimeters), these tiny satellites, also called Doves, will allow the company to image the entire Earth every day, according to a statement from Planet. 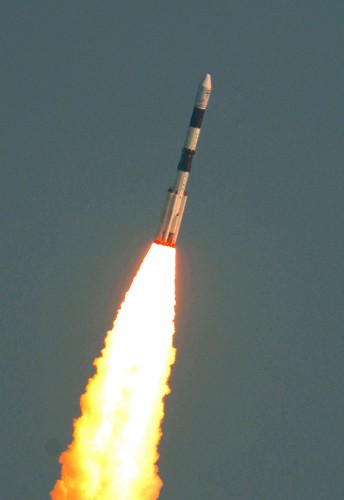 The launch of such a large number of satellites required a specialized release strategy involving three stages. The three larger satellites belonging to India were deployed first “axially along the vehicle,” followed by 81 of the nanosats, released in a radial direction away from the vehicle. Finally, the last 20 nanosats successfully separated in a different sequence, ISRO officials said.

All “104 satellites have been very precisely injected into orbit … reiterating the ISRO’s capability in handling complex missions,” ISRO officials said during the live broadcast following the launch.

“This remarkable feat by @isro is yet another proud moment for our space scientific community and the nation. India salutes our scientists,” Modi said in a tweet.

Last night’s launch marks the 39thflight of the PSLV, which has launched various satellites for historic missions such as India’s Mars Orbiter Mission, Space Capsule Recovery Experiment and Chandrayaan-1.