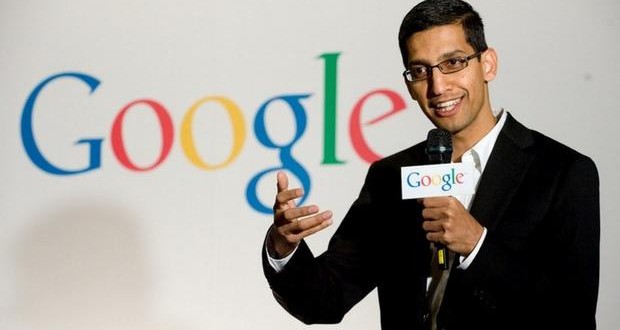 Chloe Bridgewater, age 7, sent Google a handwritten letter noting her computer skills and expressing interest in working at a place that provides bean-bag chairs and go-karts for their employees, Joinfo.com reports with reference to Daily Mail Online. 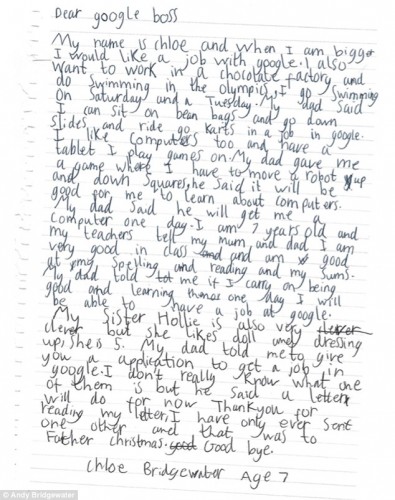 The ‘Google boss’, CEO Sundar Pichai, replied telling Chloe that he looks ‘forward to receiving’ her job application and encouraged the young girl to follow her dreams.

Chloe, who lives in Hereford, England, was inspired to write the letter after seeing images of Google offices filled with comfy bean-bags, go-karts and slides.

And the original letter was shared with Matt Weinberger of Business Insider by Chloe’s father Andy Bridgewater.

In Chloe’s letter, she tells Pichai, who she deems ‘Google boss’, that she enjoys using computers and plays a game on her tablet where she ‘moves a robot up and down’.

She also explained that her dad said if she continues being a good student and get goo grades she will one day have a job at Google – Chloe also noted that she wants to work in a chocolate factory and be an Olympic swimmer.

The Bridgewater’s received a response from Pichai earlier this month encouraging the little girl to keep working hard and follow her dreams. 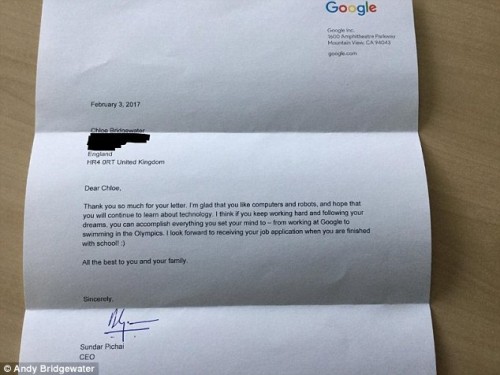 ‘I’m glad that you like computers and robots, and hope that you continue to learn about technology,’ the Google CEO wrote.

‘I think if you keep working hard and following your dreams, you can accomplish everything you set your mind to – from working at Google to swimming in the Olympics.

‘I look forward to receiving your job application when you are finished with school’.

Andy shared the letter on his LinkedIn stating his daughter was ‘knocked down’ by a car a few years back and the letter had a great impact on her.

‘She lost a great deal of confidence after being knocked down by a car a couple of years ago,’ he shared in a LinkedIn post.

‘However, to say she is delighted after receiving this letter signed by Sundar Pichai himself is an understatement.’

‘She is now even more eager to do well at school and work for Google.’

‘Can’t thank such a busy person enough to take time out to make a little girl’s dream become one step closer, although not sure she’s fully aware that it’ll take more than riding go karts and sleeping in pods to make it with Google!’