Shares
Scientists have spotted more than 100 new potential exoplanets using one of the most successful techniques. 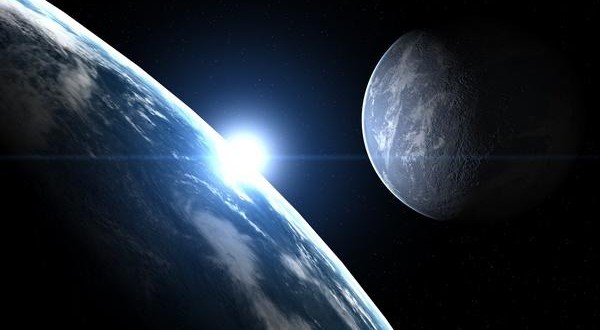 Scientists have been working towards searching alien planets in the universe using various techniques. In search of alien worlds, they have spotted more than 100 new potential exoplanets using one of the most successful techniques, Joinfo.com reports with reference to News Nation.

One of the new exoplanets detected include one that orbits a star located about 8.1 light years away from the Earth. Using a technique called the radial velocity method, astronomers have released the biggest-ever compilation of exoplanet-detecting observations.

The radial velocity method takes advantage of the fact that the gravity of the planet also affects the star. Astronomers have managed to make use of the sophisticated tools to detect the tiny wobble the planet induces as its gravity tugs on the star.

The new data was collected as part of a two-decade radial velocity planet-hunting programme. It involves a spectrometer known as HIRES, which is mounted on the 10-metre Keck-I telescope of the .W M Keck Observatory atop Mauna Kea in Hawaii.

The compilation has almost 61,000 individual measurements that have been made of over 1,600 stars.The team, which has now made the data public, is offering unprecedented access to one of the best exoplanet searches in the world.

“HIRES was not specifically optimised to do this type of exoplanet detective work, but has turned out to be a workhorse instrument of the field,” said Steve Vogt of the University of California Santa Cruz in the US, who built the instrument.

The survey has moved into its third decade and hence the team has decided that it is time to clean the house. With a lot of data available but a limited amount of time, they recognised that more exoplanets would be found by sharing their catalogue with the exoplanet community.

Mikko Tuomi from the University of Hertfordshire in the UK led a sophisticated statistical analysis of the large data set to tease out the periodic signals most likely to be planets.

“We were very conservative in this paper about what counts as an exoplanet candidate and what does not, and even with our stringent criteria, we found over 100 new likely planet candidates,” Tuomi said.

One of these planets is around a star named GJ 411, which is also called as Lalande 21185. It is the fourth-closest star to our own Sun and is only about 40 per cent the mass of the Sun. The planet has a very short orbital period of just under 10 days, so it is no Earth-twin.

However, the planet, GJ 411b, continues a trend that has been seen in the overall population of detected exoplanets: the smallest planets are found around the smallest stars.

The team is hoping their decision will lead to a flurry of new science, as astronomers around the globe combine the HIRES data with their own existing observations, or mount new observing campaigns to follow up on potential signals.

The catalogue release is part of a growing trend in exoplanet science to broaden the audience and discovery space, which has emerged in part to handle the aftermath of follow-up discoveries by NASA’s Kepler and K2 missions.

The research was published in The Astronomical Journal.

See also: Our Sun Could Be Just One Perfect Parent Star To Support Life On Earth.