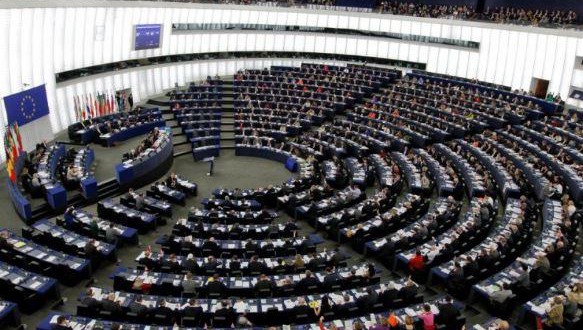 European lawmakers called on Thursday for EU-wide legislation to regulate the rise of robots, including an ethical framework for their development and deployment and the establishment of liability for the actions of robots including self-driving cars, Joinfo.com reports with reference to Reuters.

But they rejected a proposal to impose a so-called robot tax on owners to fund support for or retraining of workers put out of a job by robots.

The resolution is a recommendation to the bloc’s executive, the European Commission, which the Commission is not obliged to follow but must give reasons if it chooses not to.

“The EU needs to take the lead on setting these standards, so as not to be forced to follow those set by third countries,” the parliament said in a statement.

The decision to reject the robot tax was hailed by the robotics industry, which says it would stunt innovation.

“The IFR believes that the idea to introduce a robot tax would have had a very negative impact on competitiveness and employment,” said the Frankfurt-based International Federation of Robotics.

The IFR and others argue that automation and the use of robots create new jobs by increasing productivity, and point to a correlation between robot density and employment in advanced industrial nations, for example in the German car industry.

Global shipments of industrial robots rose 15 percent in 2015, according to the latest statistics from the IFR, and were worth a total of about $46 billion. Demand for service robots for medical, domestic and personal use is also on the rise.

The parliamentary resolution on the amended report was passed by 396 votes to 123, with 85 abstentions.

The report’s author, MEP Mady Delvaux, said she was disappointed that lawmakers “refused to take account of possible negative consequences on the job market”.

“They rejected an open-minded and forward-looking debate and thus disregarded the concerns of our citizens,” she said.