Shares
A team of researchers believe they could bring back the woolly mammoth from extinction within the next two years. 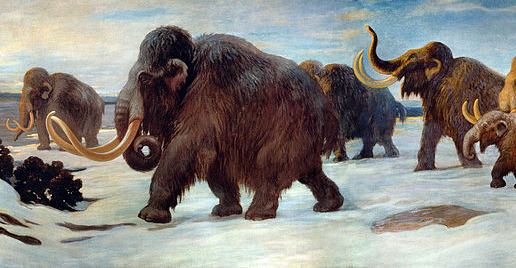 CRISPR is a revolutionary gene editing technique that can modify any region of the genome of any species with high precision and accuracy, and it does so without harming other genes.

Researchers have used this technique to cure sickle cell disease, fight famine, and even cut out cancer. Now, the gene editing tool could even bring species back from extinction – and scientists say it could happen for the woolly mammoth within the next two years, according to Futurism.

Prof George Church and his team at Harvard University have been studying the DNA from frozen mammoths found preserved in the Arctic. Specifically, they’ve been looking for genes that separated them from elephants.

Since elephant species are currently on the brink of extinction, the team is attempting to splice mammoth DNA into the genome of an elephant embryo in order to create a mammoth-elephant hybrid. The goal is to eventually grow a mammoth embryo within an artificial womb, as to not compromise the reproductive system of a healthy elephant.

Professor Church stated, “Our aim is to produce a hybrid elephant/mammoth embryo. Actually, it would be more like an elephant with a number of mammoth traits. We’re not there yet, but it could happen in a couple of years.”

As awesome as playing Ice Age Jurassic Park sounds, there are also other preventative applications for this technology. According to Dr. Edze Westra of the University of Exeter, “One can also use this technology for engineering the DNA of rapidly declining species or those that are becoming too inbred to increase their chance of survival.”

Prof Church said the mammoth project has two main goals: securing an alternative future for the endangered Asian elephant and helping to combat global warming.  Chruch explains that the animals could, “keep the tundra from thawing by punching through snow and allowing cold air to come in. In the summer they knock down trees and help the grass grow.”

Any of these possibilities are well worth the continued research. Technology is allowing for the impossible to become reality. Just a few years ago, we couldn’t have dreamed of an extinct animal brought back, and now we could be within a few years of actually seeing that.