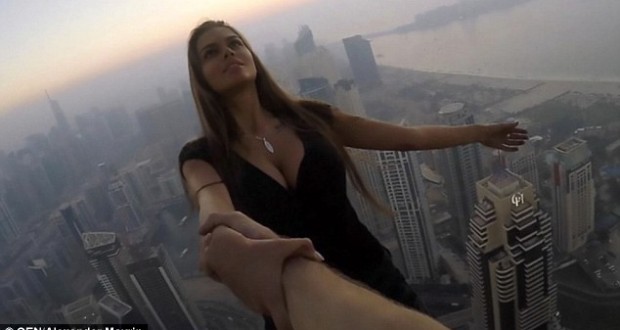 A Russian Instagram model, who risked her life dangling from a 1,000ft-high Dubai skyscraper for a photoshoot, has been forced to sign a statement vowing to never do it again, Joinfo.com reports wit reference to Mail Online. 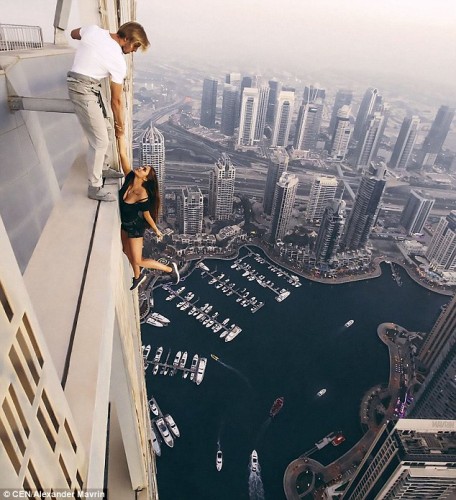 Viki Odintcova, 23, was held up only by the hand of a male assistant as she leaned out into thin air from the 1,004-foot tall Cayan Tower in Dubai in a bid to get the perfect Instagram shot.

The Russian model first tilted backwards over the huge drop, before dangling high above the ground from the arm of her bearded helper. 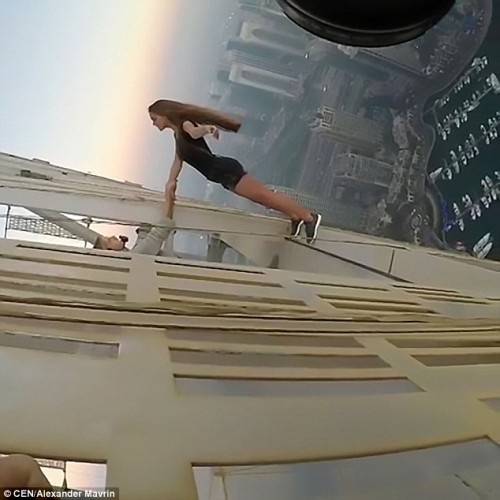 Her video and photos went viral and was brought to the attention of the local police, who dragged her into custody.

Major General Halil Ibragim Al-Mansuri, of the Dubai Police, siad: ‘The actions of the Russian woman put her life at risk.’

Despite the telling off, Ms Odintcova said the police should have thanked her for highlighting safety issues at the Cayan Tower.

The Instagram queen, who has more than three million followers on social media, admitted that she was a bit nervous before the stunt.

‘I still cannot believe that I did it. Every time I watch this video, my palms get sweaty,’ said the St Petersburg-based beauty.

Ms Odintsova posted the video on her social media page where it quickly went viral.

The model is a big proponent of a healthy lifestyle and has said she takes her fitness very seriously. 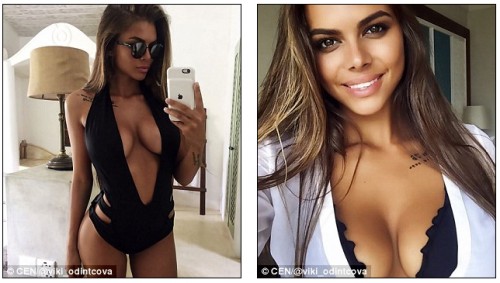 Many of her fans were stunned she performed the stunt without any safety equipment. If she did use any secret safety equipment, it’s certainly well hidden from the naked eye.

Some pointed out that she would not have had a chance of surviving if anything had gone wrong.

One commented: ‘How can you disregard your life like that? If I was your parent I would smack both you and the guy with the beard!’

Some users accused her of copying another beautiful young Russian, Angelina Nikolau, 23, who has made headlines around the world with her dangerous selfies taken on top of skyscrapers.

The Cayan Tower was the world’s tallest building with a 90-degree twist when it opened in 2013.

This record has since been beaten by the Shanghai Tower.