Shares
“It’s bulls**t,” Alan Stern, principle investigator of NASA’s New Horizons mission to Pluto, has said about the demotion of Pluto from the ranks of official planet status. 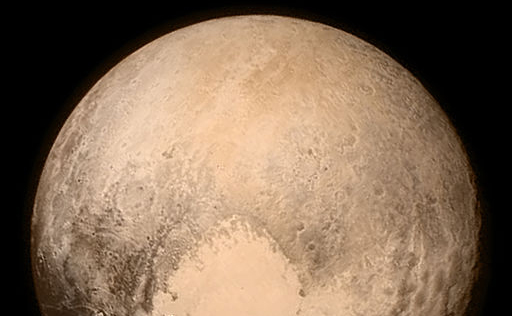 Now Stern is heading up a team of NASA scientists who have proposed a new definition of planets that would do more than just reinstate the icy dwarf planet with the big heart to its former glory, according to Gizmodo.

The proposal that Stern’s team has submitted to the the International Astronomical Union (IAU) for approval would redefine our definition of a planet in very simple terms. The scientists boil it all down to “round objects in space that are smaller than stars.” Yes, that would mean that Earth’s Moon, as well as many others, would be classified as a planet.

A more detailed description from the proposal breaks the method for planetary classification down as “a sub-stellar mass body that has never undergone nuclear fusion and that has sufficient self-gravitation to assume a spheroidal shape adequately described by a triaxial ellipsoid regardless of its orbital parameters.”

Stern obviously has a bit of a bias in this argument considering that he led the New Horizons mission that has beamed back unbelievable images and new information about Pluto. That mission reminded people how amazing the dwarf planet is and he’s had a chip on his shoulder over its demotion for years. In 2015, he told Business Insider that astronomers shouldn’t be deciding what is or isn’t a planet. “You really should listen to planetary scientists that know something about this subject,” he said. “When we look at an object like Pluto, we don’t know what else to call it.”

Science Alert breaks down the proposal’s criticisms of our current planetary classification system:

It’ll be up to the IAU to make a final call on whether or not this new system should be adopted. It might seem kind of fast to redefine planets so soon but humanity has been changing the definition forever.