Shares
South Korean and U.S. officials believe the killing of the elder half-brother of North Korean leader Kim Jong Un was an assassination carried out by agents of the North. 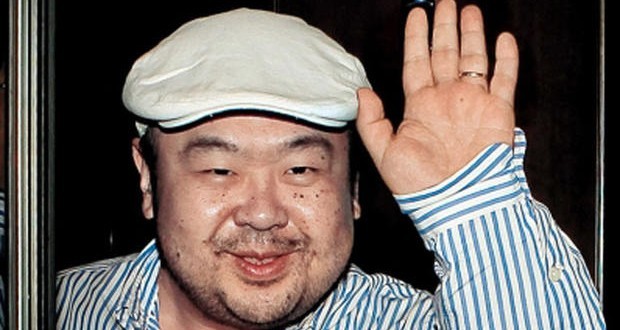 Malaysian police on Wednesday named a senior official in North Korea’s embassy and a staffer at its state airline, who are wanted for questioning over the murder last week of Kim Jong Nam, the estranged half-brother of North Korea’s leader, Reuters reports.

Kim Jong Nam, 46, was killed at Kuala Lumpur International Airport on Feb. 13, while preparing to board a flight to Macau, where he lived in exile with his family under the protection of Beijing.

Kim Jong Nam had spoken out publicly against his family’s dynastic control of the isolated, nuclear-armed state.

Police chief Khalid Abu Bakar named the North Korean diplomat wanted for questioning as 44-year-old Hyon Kwang Song, and said he held the rank of second secretary at the embassy.

He said both were in Malaysia, but gave no further details.

“They’ve been called in for assistance. We hope the embassy will cooperate with us and allow us to interview them quickly or else we will compel them to come to us,” Khalid told reporters at a news conference.

Calls on Wednesday to the North Korean embassy for comment on the latest developments went unanswered.

Police have stepped up security at the morgue where Kim Jong Nam’s body is being held after an attempted break-in earlier this week, Khalid said.

Malaysia has denied North Korea’s request for the body to be handed over to its embassy directly and has urged the victim’s next of kin to come forward to help with the investigation.

Malaysia has so far identified a total of eight North Koreans suspected of being linked to killing.

One, Ri Jong Chol, is in custody, and another, Ri Ji U, remains at large. Khalid said police “strongly believed” four others were back in the North Korean capital of Pyongyang, having fled Malaysia on the day of the attack.

Police have not stated Ri Jong Chol’s role in the killing. He lived in Malaysia for three years without working at the company registered on his employment permit or receiving a salary.

The first suspects to be arrested last week were two women – one Vietnamese, one Indonesian – who are suspected of carrying out the fatal assault on Kim Jong Nam using a fast-acting poison.

Khalid said both women wiped a liquid, containing an as yet unidentified toxic substance, on Kim Jong Nam’s face.

“Yes, the two female suspects knew that the substance they had was toxic. We don’t know what kind of chemical was used,” he said, dismissing speculation that the women had thought they were part of a prank.

“They used their bare hands,” he said, adding that they were instructed to wash their hands afterwards.

The women had rehearsed the attack at two shopping malls in central Kuala Lumpur before assaulting Kim Jong Nam, he said.

Diplomatic tensions have escalated between North Korea and Malaysia since the killing, with the countries trading barbs over Malaysia’s handling of the investigation.

North Korea Malaysia is one of the few countries in the world that maintains ties with the nuclear-armed nation.

The police said no family member of Kim Jong Nam has come forward to claim the body or provide DNA samples yet, dismissing rumors that a son had arrived in Kuala Lumpur earlier this week.

Malaysia has said it will only release the body to the next-of-kin once the cause of death and identity have been confirmed.