Shares
The setting was a Manhattan restaurant, and after 25 minutes what allegedly emerged was a pro-Russian peace plan for Ukraine that its author believes may have ended up in the White House. 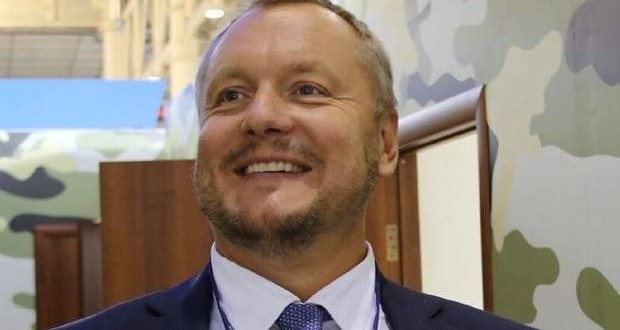 In a CNN interview, Ukrainian lawmaker Andrii Artemenko said he discussed his left-field proposal for Ukraine in January with US President Donald Trump’s personal lawyer, Michael Cohen, who offered to deliver the plan to the Trump administration.

The exact details of the plan are unclear, yet reports have suggested it revolves around leasing Crimea — annexed by Russia from Ukraine in 2014 — to Moscow for 50 to 100 years. In exchange, Russia would withdraw its troops from the separatist regions in Ukraine’s war-torn east.

Artemenko declined to discuss the plan’s details, yet hinted that a lease might be part of the idea.

Any suggestion that the White House might consider a plan that formalizes Russia’s control of Crimea would cause consternation in Kiev and among its allies in Europe. The White House has flatly denied any knowledge of the proposal.

In his interview with CNN, Artemenko shines a light on how a key Trump associate was allegedly prepared to push a controversial peace plan that might benefit Russia at a time when questions were being raised about the Trump’s ties to that country.

The Ukrainian member of parliament told CNN he met Cohen through a mutual acquaintance, businessman Felix Sater, and that the three had dinner in a Manhattan hotel in January.

Cohen told CNN in a text message that although he had dinner with Artemenko, they never discussed peace in Ukraine. Other media organizations reported that he offered them a different account. The White House has denied that Cohen delivered any peace plan to Flynn.

Russia and Ukraine have since rejected the plan, and Artemenko has now become the subject of investigation for treason for suggesting it to Cohen.

In a hurried interview in a Kiev hotel, Artemenko said Cohen told him that Flynn — who resigned in mid-February due to a controversy over calls with the Russian ambassador to the US — was his best connection at the White House.

“Michael Flynn is the best person, the best of my connections in the Trump administration, who if he likes [it], it’s going to [get] huge support, huge support,” Cohen said, according to Artemenko.

Flynn did not respond to CNN’s request for comment on this story.

Artemenko knew the proposal would be controversial as it undercuts both the US and Ukrainian diplomatic corps, and he says he knows it angered Kiev, who will have seen it as a pro-Russian proposal.

“That’s why I feel pressure, and for sure today I can see people accusing me, and I see the prosecutor of Ukraine is trying to do something, to open a new case, to do an investigation about me,” he told CNN.

Artemenko said he had never dreamed that his proposal would be seen by the White House, but he claims Cohen said the plan had “great potential” and wanted to deliver it to the Trump administration.

“It was Michael Cohen’s idea,” he said. “He [Cohen] mentioned his name first in my meetings. And he said ‘listen, Michael Flynn’ — from his personal opinion — ‘is most powerful man who can really support this idea, who can support, who can help you, who can provide this information to President Trump.'”

Flynn resigned 24 days into the job after misleading administration officials regarding his communications with the Russian ambassador to the US before Trump took office.

Flynn made several calls to the ambassador in December, including some on the same day that the outgoing Obama administration placed fresh sanctions on Russia over alleged election meddling.

The Justice Department also warned the Trump administration in January that Flynn could be subject to Russian blackmail, a person familiar with the matter told CNN last month.

In a text message to CNN, Cohen denied delivering any documents to Flynn, and refuted Artemenko’s recollection of their January conversation.

“If this continued fake news narrative wasn’t so ridiculous, I would be angered. Despite the multitude of statements issued denying any nexus between Presidents Trump and [Russian President Vladimir Putin], the main stream media just keeps on trying to perpetuate this lie.

“I acknowledge that the brief meeting took place, but emphatically deny discussing this topic or delivering any documents to the White House and/or General Flynn; something I stated to the New York Times.”

According to the Times, Cohen said he left a sealed envelope with the proposed peace plan in Flynn’s office. Later, Cohen denied delivering a peace plan to Flynn.

Artemenko insists, however, that it was Cohen’s idea to show the peace proposal to the senior White House official. “It was his idea, absolutely his idea,” he said.

After Russia seized the Crimean peninsula from Ukraine in 2014, it sent military help to separatists in the country’s east, where violent conflict over disputed territory drags on to this day.

Kiev has refused to discuss the official transfer of the peninsula to Russia, and dismissed Artemenko’s plan as a result.

Moscow considers the peninsula already its territory, after its residents — under a substantial Russian military presence — voted in a 2014 referendum to join the Russian Federation.

Kremlin spokesman Dmitri Peskov says Russia refuses to discuss the lease of a region it already controls: “How can Russia rent its own region? This question itself is absurd.”

Sater, who attended the dinner with Artemenko, did not respond to emailed questions, yet he emphatically denied any links between the Trump camp and Russia in an interview with Fox News: “What could be wrong in helping stop a war and trying to achieve peace? I have done so much for my country and thought that promoting peace was a good thing. People are getting killed, it’s a war.”

A White House spokesman offered this statement in response to CNN’s request for comment: “No one in the White House — including the President, Vice President and senior members of the NSC — has spoken to Mr. Cohen about any Russia-Ukraine peace proposal, and no one has spoken to Andrii Artemenko at all about any matter.

“In addition, the NSC keeps comprehensive records of documents received, and we have no record of receiving any proposal from Mr. Cohen. This is another absurd, misleading attempt to distract from the real reform taking place under President Trump.”

Artemenko left the interview with CNN to attend what he said was a meeting with the President of Ukraine, Petro Poroshenko, although the presidential administration denied such a meeting took place.

Yet moments after leaving the interview, Ukrainian prosecutors announced he would be investigated for “treason” over the deal.