Shares
Norwegian Air Shuttle ASA plans to offer transatlantic flights on 10 new routes between the United States and Europe with tickets starting at $65 one way, putting pressure on US and European rivals to compete, it said on Thursday. 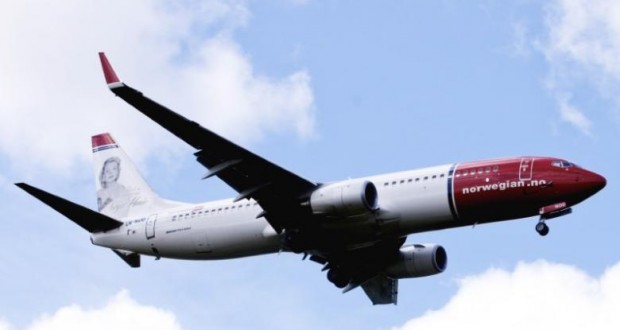 Norwegian is expanding its network of flights to the United States starting in mid-June after receiving long-awaited US approval in December for its Irish subsidiary Norwegian Air International to operate routes across the Atlantic, Joinfo.com reports with reference to Reuters.

Established US carriers have been forced to consider restricted cheaper fares and redesigned cabins with more seats to win budget-conscious travelers to compete with Norwegian and rival Icelandic carrier Wow Air.

Norwegian’s $65 fares will be for a one-way ticket to UK and Irish destinations from smaller airports in New York state, Providence, Rhode Island, and Hartford, Connecticut.

“I pay for what I want, you pay for what you want. We don’t pay for what everybody else on the plane wants,” Norwegian Air spokesman Anders Lindström said of its fares.

British Airways and Iberia owner IAG is planning to start low-cost transatlantic flights from Barcelona this year to U.S. destinations. Chief Executive Officer Willie Walsh said earlier this month IAG has been pushed by the Norwegian carrier’s model to look at new ways to operate.

Norwegian Air’s expansion strategy has helped it to more than double revenue since 2012. Last year revenue rose 16 percent to 26 billion Norwegian crowns ($3.12 billion) and the company has placed orders for 260 aircraft from Boeing and Airbus, which it will receive over several years.

The company said only a limited number of one-way tickets will be offered at $65, with the next pricing tier starting at $99.

By comparison, a one-way ticket from New York to Dublin in mid-June on other airlines ranges from about $655 to $2,755 on the Expedia travel website.

The common practice for low-cost carriers is to offer super low fares for a restricted number of tickets.

“Availability of the fares advertised for each scheduled flight is extremely limited,” Norwegian warns customers on its website.

The nonrefundable low price does not include baggage, food and drink, a seat reservation, headphones, blanket or other perks. Add in the extras, coupled with the limited number of seats, and the ticket rises to a higher price.

To keep costs down, Norwegian will fly from the smaller U.S. airports with lower fees, using narrow-body 189-seat Boeing 737-MAX aircraft, due to be delivered later this year.

Norwegian will continue to fly wide-body Boeing 787 Dreamliners to larger US airports, the company said.