Shares
Malaysian police have identified the toxin used in the alleged assassination of Kim Jong Nam as the VX nerve agent. 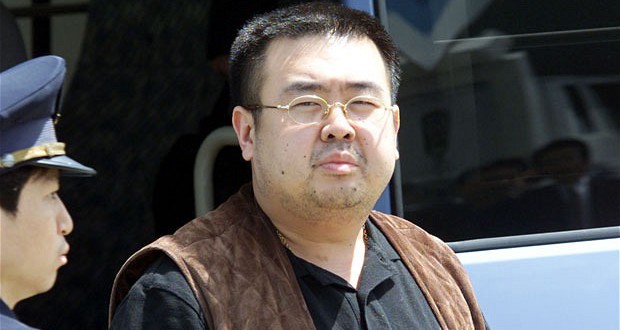 Malaysian police investigators were able to pinpoint the substance of the half-brother of the North Korean leader Kim Jong Un, Joinfo.com reports with reference to The Malaysian Online.

“The chemical substance has been identified as S-2-diisopropylamino-ethylmethylphosphonothioate or ‘VX nerve agent’,” Inspector-General of Police Tan Sri Khalid Abu Bakar said in a statement Friday.

VX is a powerful neurotoxin that is used exclusively as a weapon. The substance has no taste or smell, making it difficult to detect save for its slightly reddish hue.

The toxin is classified as a weapon of mass destruction according to international conventions. Restrictions on its production and storage make the substance rare and available only to highly militarized states.

Kim Jong Nam was allegedly attacked by two women at KL International Airport 2 (KLIA2) on February 13 while waiting for a flight to Macau. He died on the way to a hospital.

Police have so far arrested four people including three foreigners over the killing.

Khalid previously said the Indonesian and Vietnamese women who applied the substance on Jong Nam knew it was toxic and were trained for the attack.

North Korea continues to accuse Malaysia of conspiracy over the latter’s investigation into Jong Nam’s death. It tried to block his autopsy and claim his body ahead of his family.

Pyongyang also disputed that the women had used a powerful poison on Jong Nam, asking how the two were still alive when they had handled the substance with their bare hands.

Today’s revelation suggests that North Korea was already aware of what toxin was used in the deadly attack.