Shares
The therapy gives the immune system the tools to flush out HIV, meaning daily drugs can be ditched – one man has been free of them for seven months 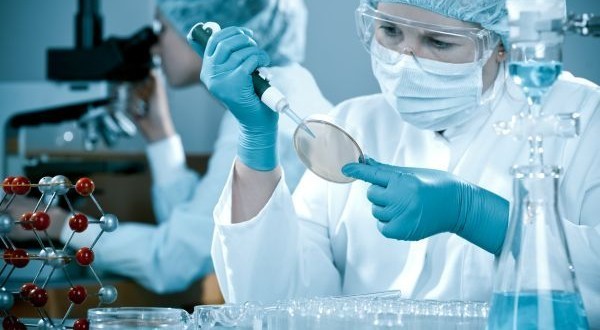 Five people with HIV are currently free of detectable virus – and daily drugs – thanks to a new vaccine-based therapy, Joinfo. com reports with reference to New Scientist.

Although it is early days, one participant has been drug-free for seven months.

Most people with HIV need to take antiretroviral drugs (ART) each day to stop the virus from replicating and causing damage to their immune system. These have to be taken over a lifetime because the virus can hide away in tissues such as lymphoid and gut cells; if ART is stopped, the virus quickly re-emerges from these cells.

Although effective, ART is expensive, time-consuming and can cause nasty side effects.

Three years ago, Beatriz Mothe of the IrsiCaixa AIDS Research Institute in Barcelona, Spain, and her colleagues started a trial in which 24 people recently diagnosed with HIV were given two vaccines developed by Tomas Hanke and his colleagues at the University of Oxford. They were also given ART, then monitored to see whether the vaccines induced a strong immune response.

This year, 15 of them each received a booster dose of one of the vaccines, followed by three doses of romidepsin – a cancer drug that has shown potential for flushing HIV out of hiding. Finally, each person received another vaccine booster, and then stopped taking ART.

One person has been off ART for seven months now. The other four have been free of detectable virus for six, 14, 19 and 21 weeks, respectively. Mothe, who revealed the results at the Conference on Retroviruses and Opportunistic Infections in Seattle last week, says they will follow each participant to see how long they can control the virus themselves.

It isn’t clear why two-thirds of the group didn’t respond to the therapy – Mothe and her colleagues are investigating this now. But even a small number of people responding positively to the therapy is good news, says Sharon Lewin, director of The Peter Doherty Institute for Infection and Immunity at the University of Melbourne, Australia. She says it is the first treatment to stop the virus from replicating without the daily use of ART.

Both vaccines carry genes coding for proteins that are also produced by all known variants of HIV. Once these proteins reach the blood, they are recognised as foreign by the immune system, which primes a type of white blood cell called CD8 cytotoxic T-cells. If a cell becomes infected by HIV and expresses these proteins on its surface, the CD8 cells can recognise them and so attack and destroy the cell.

The second component of the therapy – romidepsin – flushes dormant HIV out of its hiding place so it can then be taken out by the CD8 cells. “If you have a prepared immune system, once a cell starts showing little parts of the virus, it should be recognised and eliminated,” says Mothe.

While the results are significant, excitement should be tempered. Previous treatments have appeared to “cure” people with HIV only for the virus to later return. For instance, after being born to a mother with HIV, a baby in Mississippi was treated with ART for 18 months. This seemed to cure her of the virus but it returned when she was 4. HIV has also re-emerged months after ART was stopped in two men who appeared to have got rid of the virus after bone marrow transplants two years earlier.

Mothe says that this time might be different. Previous treatments involved either attacking the virus as early as possible or trying to replace the entire immune system to get rid of any dormant virus.

This time round researchers are launching a double-pronged attack: the vaccines focus on priming immune cells to rid the body of active virus as quickly as possible after infection, and the cancer drug flushes out any hidden dormant virus so it, too, can be targeted.

If the treatment were to prove successful, the savings could be huge. Costs of ART in low to middle-income countries hit $19 billion in 2015 – despite having only reached half of the 36.7 million people infected with HIV.

Mothe says her team is now working hard to unpick the mechanisms behind the response and simplify the treatment schedule. There’s a long way to go, she says, “but we’re on the right path”.