Shares
SpaceX will fly two private citizens on board its Dragon human spacecraft on a trip around the moon in 2018, the company's founder Elon Musk announced today (Feb. 27). 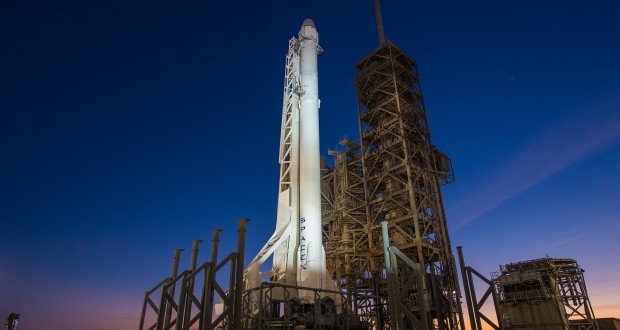 The two private citizens — who have not been named — approached SpaceX about the trip, according to a statement from the company. The individuals will be the only crew members on board what is expected to be about a week-long trip around the moon, according to the company’s founder and CEO Elon Musk, who spoke with reporters during a phone conference today, Joinfo.com reports with reference to Space.

The names of the two individuals will be announced later pending the result of initial health and fitness tests, the statement said.

The moon flight is scheduled to take place after SpaceX plans to fly NASA astronauts to the International Space Station as part of the Commercial Crew Program.

Billionaire tech entrepreneur Elon Musk says his private spaceflight company SpaceX will make an announcement Monday (Feb. 27), but exactly what will be announced is a mystery.

In a Twitter post last night, Musk offered a tantalizing hint of something new coming from SpaceX: “SpaceX announcement tomorrow at 1 p.m. PST,” Musk wrote on Twitter. That pegs the reveal for 4 p.m. EST (2100 GMT) if, like Space.com here, you’re in an Eastern time zone.