Shares
The heart reaction dominated your social feed in 2016. 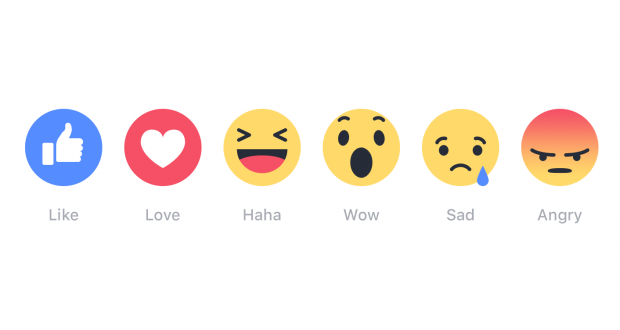 Ever since Facebook introduced reactions a year ago, there’s been a lingering question: which reactions rule? At last, we know… although you can probably guess the answer.

According to Engadget, Facebook tells Select All that “love” dominated the 300 billion reactions from the past year — more than half of them were hearts. That’s not completely surprising (how many people do you know who use it for just about everything positive?), but it’s good news for those worried that “angry” and “sad” might have prevailed in a mostly lousy 2016.

Also, you might be surprised at where reactions ruled. Facebook says that Mexico, Chile and Suriname were the top countries for reaction use, while the US actually came in eighth place. The only truly predictable element was timing, with Christmas accounting for the largest number of reactions in a single day. One thing’s for sure: reactions are popular enough that they aren’t about to go away any time soon.