Shares
A Chinese vase with a £1,800 guide price has fetched £810,000 (over $1 million) at a Birmingham auction after attracting interest from around the world. 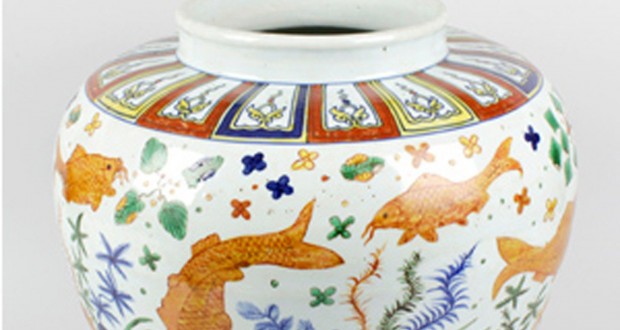 Auctioneers Fellows, founded in 1876, said the sale of the 14-inch high lot – intricately decorated with small golden carp and lotus blossoms – had broken all its house records, Joinfo.com reports with reference to Metro. 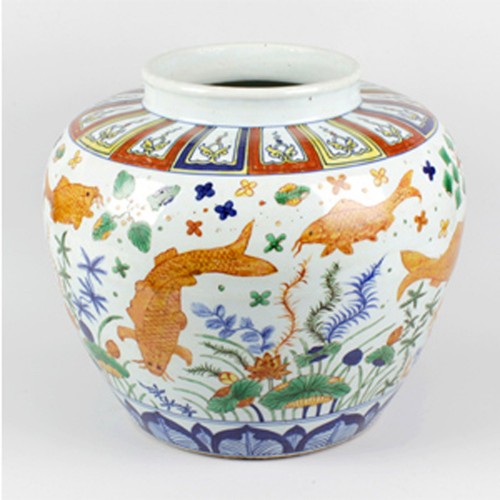 Mark Huddleston, the firm’s senior specialist, said several similar porcelain vases had sold in the tens and hundreds of thousands, but staff had felt the item’s decoration lacked sophistication. 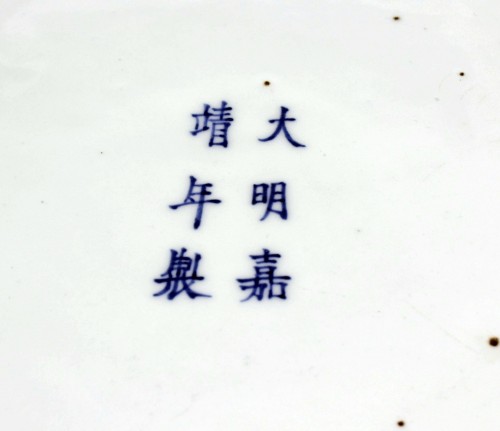 An inscription on the vase which went for 450 times more than expected (Picture: NTI)

‘Bidding began at £1,000 and, with a handful of telephone bidders plus the usual hundreds online, predicting the final price became impossible,’ Mr Huddleston said.

‘The most gratifying aspect is that a number of bidders were actually in the saleroom and had viewed it in person.

‘One bidder even flew in from Japan and has a number of these in his collection.’

Pre-sale literature advised interested parties that the structurally sound vase has some enamel losses, especially around its shoulder, numerous kiln pock marks and fading to some colours.