Shares
German state intelligence is investigating remarkable allegations that Scientologists have taken over the management of one of Munich’s most famous art museums, it has emerged. 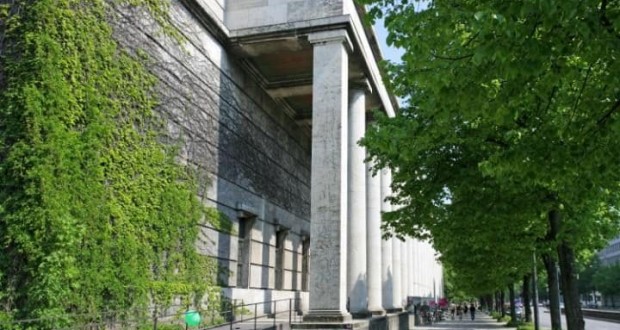 A senior figure at Munich’s Haus der Kunst, or House of Art, has been placed under investigation over suspicions he is a Scientologist working to infiltrate the museum, Joinfo.com reports with reference to Telegraph.

While the US-based Church of Scientology is regarded as little more than an eccentric religious group in most countries, in Germany it is taken very seriously.

Government officials have described it as a “abusive” and “totalitarian” sect whose aims run counter to the German consitution.

Scientologists have been under surveillance by the intelligence services since 1997 as a potential threat.

At the heart of the latest concerns is the fact that the Haus der Kunst was built under Hitler in the 1930s as the first monumental work of Nazi architecture.

“The Haus der Kunst is of outstanding importance not only for Bavarian cultural policy, but also because of its difficult past,” Isabell Zacharias, a local opposition politician who has led demands for the latest investigation, said.

“Such totalitarian groups cannot be allowed to gain influence in Bavaria.”

The latest allegations centre on a senior management figure at the museum who has not been named under German privacy laws.

According to the allegations he has overall control of personnel at the museum even though he is not officially an employee, but has worked there as a consultant since 1995.

He is alleged to have used his infleunce to recruit several other Scientologists and to affect the management of the museum.

“We are more than aware of how serious the situations is,” Ludwig Spaenle, the Bavarian state interior minister, told Süddeutsche Zeitung newspaper.

He confirmed that the Bavarian regional domestic intelligence service is investigating the claims.

A group of 18 colleagues of the man under investigation held a demonstration in solidarity with him last week and claimed he was the victim of a “smear campaign”.

Representatives from the Church of Scientology were not immediately available for comment.

Critics contend that Scientology is a profit-driven business masquerading as a religion.

But concerns over the organisation go further in Germany. The Bavarian state government website describes Scientology as a “threat to individuals” that “wants to replace democracy and fundamental rights with unconditional subordination of the individual to a totalitarian system of government”.

Ursula Caberta, former head of a special Scientology task force in the city of Hamburg, says her researches into the organisation convinced her that it is a threat to national security.

“I realised that Scientology is not a religion, but a totalitarian organisation with a leadership cult and master race ideology,” she told Deutsche Welle.