Shares
The first gold of the day at the European Open in Prague was captured by Ukrainian mega-talent Daria Bilodid. The European Junior champion defeated Cinta Garcia Mesa of Spain in the final by ippon with 15 seconds left in regular time. 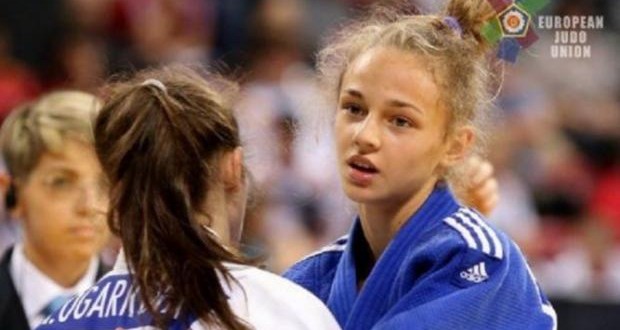 Ukrainian Daria Bilodid won five matches in a field of 26 women. She is likely to continue her success at senior level as her debut resulted in podium topping performance. German Katharina Menz and Gulader Senturk of Turkey took bronze. The last time the women fought in Prague was 2013, Joinfo.com reports with reference to Judo Inside.

Brazilian Jessica Perreira took the victory for women U52kg. The former vice world champion in the Juniors in 2013 was the best among 27 women. The seeded players didn’t disappoint in Prague and Perreira won her pool by defeating number one seed Karolina Pienkowska (POL) in the semi final. In the final she bested Darya Skrypnik of Belarus with two wazari and ippon in just a minute. The 2015 World bronze medallist Skrypnik bested Estrella Lopez Sheriff (ESP) in the semi final, but the Spainard still made the podium with bronze. Croatian Tena Sikic, who lost to Lopez Sheriff in the quarter final, came back in the repechage and won bronze against Pienkowska.