Shares
A north Wales town has a cold war thriller on its hands after nuclear submarine plans were found in a charity shop suitcase. 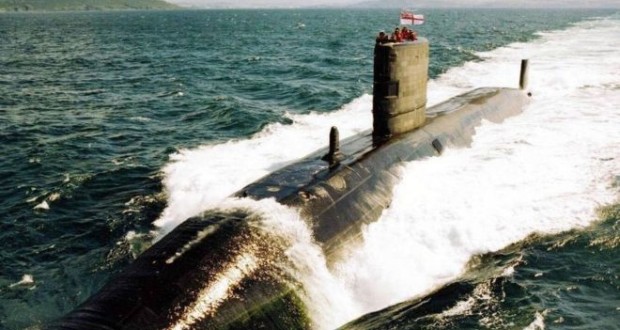 Staff at a Barnardo’s store in Porthmadog, Gwynedd, were amazed to discover the document showing details of the former £200m HMS Trafalgar, according to the BBC.

“Someone said that if the phone rang and it was someone with a Russian accent, I should put it down,” joked manager, Stella Parker.

The plans will be auctioned off.

Charity store staff say the suitcase was donated anonymously and filled with books. 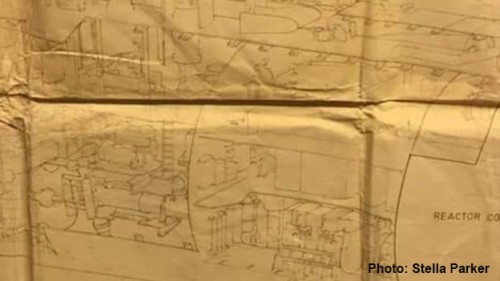 But hidden in the lining of the luggage was the impressive 6ft (1.8m) drawings of the former Royal Navy vessel.

While unusual finds are not uncommon for the charity shop, Ms Parker said she quickly recognised this was something out of the ordinary.

“When I found it I just thought, wow, this is amazing,” she said.

“I can only imagine perhaps the family of someone who had passed away donated the suitcase, that is what often happens. perhaps they did not know the plan was there.

“We are all very excited here about it and we’ve certainly never seen anything like it before.”

Mrs Parker took the plans to be looked at by experts when the TV show, David Dickinson’s Real Deal, visited the Gwynedd town.

She was told there that the plans were most likely posted on the sub to familiarise the crew with the lay-out of the vessel.

It seems more likely that the document comes from Vickers, who built Trafalgar, or the submarine’s designers. 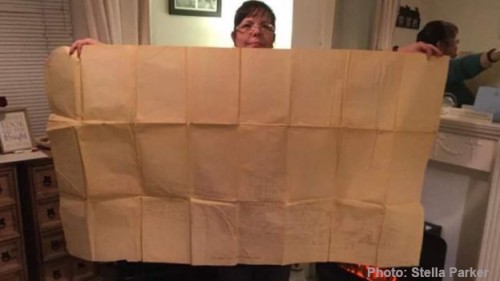 During its years in service, Trafalgar prowled under the frozen polar icecaps keeping the then-Soviet threat in check.

In 1996 the sub gained notoriety after running aground off the Isle of Skye during a training exercise, causing £5m worth of damage.

The Plymouth-based vessel was decommissioned in 2009.

But foreign agents looking to get their hands on the document today will face an easier task than they did in the 1980s – as the plans have been declassified and are being auctioned by the shop.

Ms Parker said: “We are hoping to raise as much money as we can. one thing for certain is that you are not going to be able to buy one of these anywhere else.”