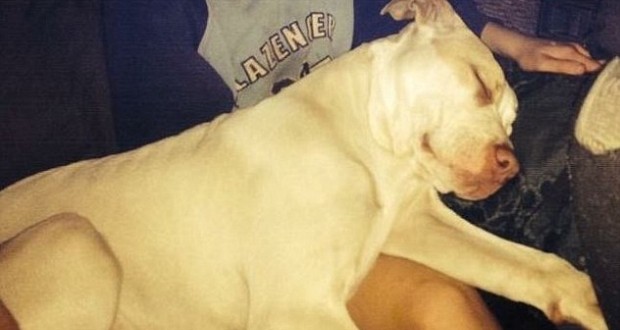 A pitbull who is believed to have dragged a nine-year-old boy out of a river after his mother allegedly tried to drown him will be returned to his owners, Joinfo.com reports with reference to Mail Online.

Police officers said they do not intend to put down the dog named Buddy after finding he ‘was acting in reasonable defence of the 9-year-old boy’ who is now in hospital.

Buddy was detained by Murray River Council rangers on Thursday and was still in their custody, authorities said on Monday afternoon.

A young boy’s body, believed to be the five-year-old, was found in the river on Saturday and the nine-year-old is being treated for dog bites at the Royal Children’s Hospital.

Their mother, who cannot be named for legal reasons, has been charged with murder and attempted murder.

Buddy’s owners created a GoPetition last week after he was seized.

‘Buddy the dog has reacted and attempted to save the boys in doing so he has bit the eldest boy in his rescue attempts, unfortunately, he was unable to save the youngest boy and has also bit the mother,’ the dog’s owners wrote on the petition, which has garnered more than 45,000 signatures.

‘Buddy is a member of our family and has grown up around children his whole life and has been the most gentlest dog, he has clearly seen a child in distress and attempted to help.’

The maternal grandfather of the two young boys has come out in support of the petition.

‘I own a similar dog and I know he was trying to save the boys, it’s their nature when they are raised with kids,’ he said.

‘Let the ones who his actions affected decide. I have one grandson left, because this brave dog took action as required.’

The father of the boys was the subject of backlash over the weekend after he started a GoFundMe account requesting money for him to fly from Queensland and see the children.

The Brisbane man said all money raised from the charity page would ‘go toward getting me to my older son’ and all remaining funds would go to ‘burying my little boy’.

The father revealed on Facebook on Friday he never met the five-year-old and had not seen the nine-year-old boy for a number of years.

He arrived in Melbourne on Sunday to see his eldest child.