Home / World / Mars may once have been completely underwater – scientists

Mars may once have been completely underwater – scientists

Shares
Mars may have been entirely submerged in water, increasing the likelihood that Red Planet once supported life, scientists have revealed. 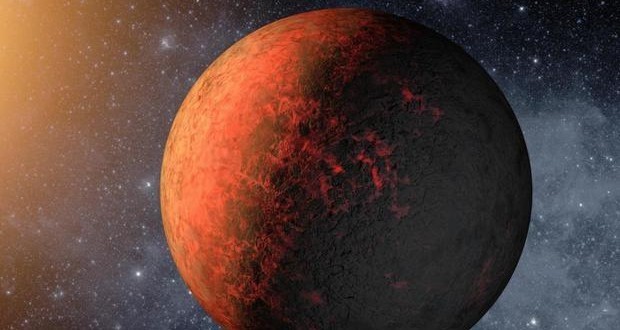 The research team found evidence that a mineral found in Martian meteorites may have originally been a hydrogen-containing mineral, meaning there could have been more water on Mars at one stage, Joinfo.com reports with reference to Telegraph.

Researchers created a synthetic version of a hydrogen-containing mineral known as whitlockite.

After shock-compression experiments on whitlockite samples that simulated the conditions of ejecting meteorites from Mars, the researchers then studied their microscopic makeup with X-ray experiments with top-of-the-line machinery.

Martin Kunz, a staff scientist at Berkeley Lab’s ALS who participated in X-ray studies of the samples, said: “This is important for deducing how much water could have been on Mars, and whether the water was from Mars itself rather than comets or meteorites.”

Their experiments showed that whitlockite can become dehydrated from such shocks, forming merrillite, a mineral that is commonly found in Martian meteorites but does not occur naturally on Earth.

Study co-lead Professor Oliver Tschauner, from the University of Nevada, said: “If even a part of merrillite had been whitlockite before, it changes the water budget of Mars dramatically.”

Because whitlockite can be dissolved in water and contains phosphorous, an essential element for life on Earth, the study further increases the chances there could have been life on Mars.

Prof Tschauner said: “The overarching question here is about water on Mars and its early history on Mars: Had there ever been an environment that enabled a generation of life on Mars?”

The pressures and temperatures generated in the shock experiments, while comparable to those of a meteorite impact, lasted for only about 100 billionths of a second, or about one-tenth to one-hundredth as long as an actual meteorite impact.

The fact that experiments showed even partial conversion to merrillite in these lab-created conditions, a longer duration impact would likely have produced “almost full conversion” – which could be why they cannot find any whitlockite in their Martian samples.

Professor Tschauner added that this latest study appears to be one of the first of its kind to detail the shock effects on synthetic whitlockite, which is rare on Earth.

Researchers blasted the synthetic whitlockite samples with metal plates fired from a gas-pressurised gun at speeds of up to 1,678 miles per hour, at ultra-high pressure – to simulate being blasted out to space from Mars.

There is evidence that liquid water flows on Mars today, though there has not yet been scientific proof that life has ever existed on Mars.

In 2013, planetary scientists reported that darkish streaks that appear on Martian slopes are likely related to occasional rivers flowing down the hills.

And in November 2016, Nasa scientists reported that a large underground body of water ice in one region of Mars contains the equivalent of all of the water in Lake Superior, the largest of the Great Lakes.

Rover explorations have also found evidence of the former abundance of water based on analysis of surface rocks.

Prof Tschauner said: “The only missing link now is to prove that merrillite had, in fact, really been Martian whitlockite before.

“We have to go back to the real meteorites and see if there had been traces of water.”

The study was published today in the journal Nature Communications.