Elon Musk made hats for his boring tunnel company 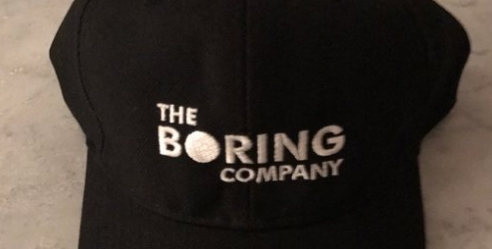 You’d think that Elon Musk, CEO of Tesla and SpaceX, has enough on his plate. But not only does the billionaire businessman want to build lots electric cars and send humans around the moon, he also wants to build tunnels because, he says, “without tunnels, we will all be in traffic hell forever”, according to The Verge.

And to show both how serious he is about tunnels and that the tunnel boring company that I wasn’t sure was real or not is definitely real, Elon tweeted a picture of a hat bearing a logo for “The Boring Company.”

Everyone knows that no startup is real until it has hats and t-shirts, so we’ll just count this as one more piece of evidence that Elon Musk is totally serious about tunnels.

Unfortunately, there’s no word from Musk about where you can get your very “The Boring Company” hat. Maybe there should be an official Elon Musk store or something.