Shares
The contract is worth $2.5 million and will look into whether a hyperloop system would work initially in the capital Jakarta, and then connecting Java and Sumatra. 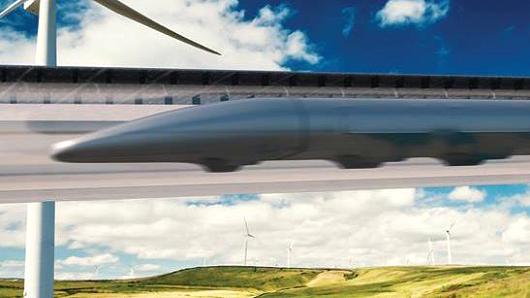 Hyperloop Transportation Technologies (HTT), one of the companies developing the futuristic transport service dreamed up by billionaire Elon Musk, said it was exploring Indonesia as a potential site to put one of its tracks, Joinfo.com reports with reference to CNBC.

The so-called “feasibility study” contract is worth $2.5 million and will look into whether a hyperloop system would work initially in the capital Jakarta, and then connecting Java and Sumatra.

A hyperloop would work by propelling pods through a large tube at speeds of 750 mph using magnets. It is seen as a solution to long distance travel, but also alleviating congestion in many cities. Jakarta is the world’s third-worst city for traffic, according to a study by navigation from TomTom released earlier this year.

“Indonesia, and Jakarta in particular, is one of the most densely populated areas in the world,” HTT Chairman Bibop Gresta said.

“With traffic and congestion being such a big issue there, the Hyperloop will be a welcome transformation for the region.”

HTT said that a hyperloop journey from Jakarata to Yogyakarta would take approximately 25 minutes, compared to nearly 10 hours via car.

The feasibility study in Indonesia comes on the back of a number of other key agreements globally for HTT, including looking into a track between Bratislava, Slovakia and Brno and Prague in the Czech Republic. HTT has also been exploring the possibility of a hyperloop in Abu Dhabi.