Shares
A Canadian town has apologised after a water treatment plan turned the water supply pink. 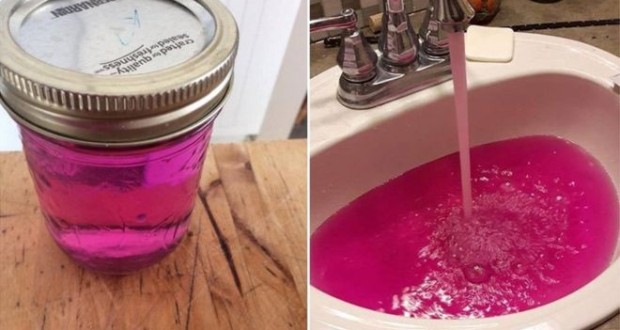 Residents of Onoway, Alberta, complained to the town office when taps began running pink water on Monday, Joinfo.com reports with reference to the BBC.

In a statement, Mayor Dale Krasnow said there was no public health risk but the town “could have done a better job communicating what was going on”.

The mayor said it was the unfortunate side-effect of a common water-treatment chemical, potassium permanganate.

The chemical is commonly used to remove iron and hydrogen sulphide from water, and the town office said it got into the reservoir when a valve malfunctioned during “normal line flushing and filter backwashing”.

“The reservoir was drained, however some of the chemical still made it into the distribution system.

“While it is alarming to see pink water coming from your taps, potassium permanganate is used in normal treatment processes to help remove iron and manganese and residents were never at risk.”

The chemical can cause skin irritation, according to the World Health Organization, but there were no reports of any adverse effects.

Complaints were more about being kept in the dark – residents said they were annoyed they were not told why the water was fluorescent pink until Tuesday morning.

“This is a situation we can certainly learn from and develop a strategy for better response and communication should we ever face the same or similar situation in the future,” the mayor said.