Shares
The son of Kim Jong Nam, the murdered half-brother of North Korean leader Kim Jong Un, has appeared on video for the first time 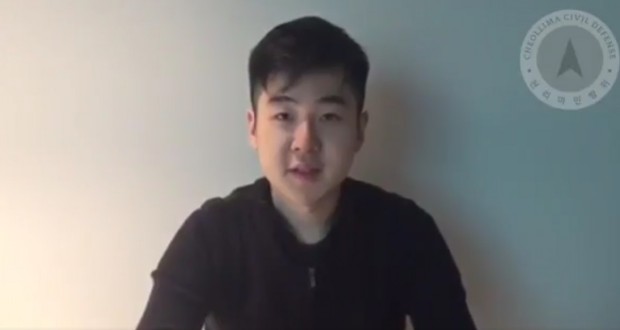 Channel NewsAsia has confirmed with Do Hee Youn, an activist with the Citizens Coalition for Human Rights of Abductees and North Korean Refugees, that the man in the video is Kim Han Sol, Joinfo.com reports with reference to Channel NewsAsia.

The video was also posted on the group’s website where it said it was protecting the Kim Jong Nam family.

“Cheollima Civil Defense responded last month to an emergency request by survivors of the family of Kim Jong Nam for extraction and protection. The three family members were met quickly and relocated to safety,” the statement on the group’s website said.

“We have in the past addressed other urgent needs for protection. This will be the first and last statement on this particular matter, and the present whereabouts of this family will not be addressed.”

The group also thanked countries which it claimed helped it provide protection for the Kim Jong Nam family.

“We publicly express our gratitude for the emergency humanitarian assistance afforded to us in protecting this family by the governments of the Kingdom of the Netherlands, the People’s Republic of China, the United States of America, and a fourth government to remain unnamed.”

When contacted by Channel NewsAsia, Malaysia’s police chief said he has not heard of the group.

Inspector-General of Police Khalid Abu Bakar would not comment when asked if the police were already in touch with Kim Jong Nam’s family, but said they have their “own means of contacting the family”.

Kim Han Sol, 21, is believed to have graduated from Sciences Po university in Paris and had been living in exile with his parents in Macau before he disappeared with his mother and sister following the Kim Jong Nam probe.

In view of his bloodline, Kim Han Sol could be seen as a rival figurehead in a state ruled by his uncle Kim Jong-un and roiled by bloody purges.