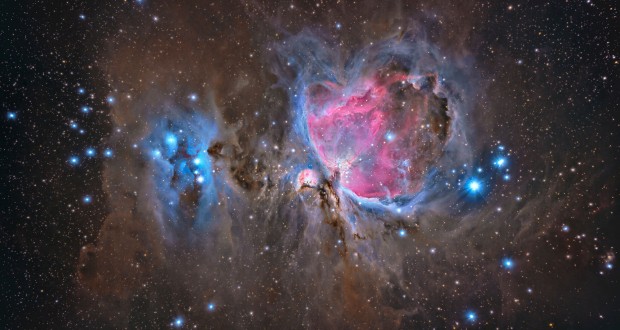 Brilliant baby stars illuminate clouds of cosmic dust and gas inside the core of the Orion Nebula in this stunning new image captured by veteran astrophographer Miguel Claro, Joinfo.com reports with reference to Space.

The Orion Nebula, also known as M42, is a massive cloud of gas, dust and stars located about 1,350 light-years away, in our own Milky Way galaxy. It glows so brightly that it’s visible to the unaided eye. To find it, look for the constellation Orion; the middle “star” in Orion’s sword is the Orion Nebula. 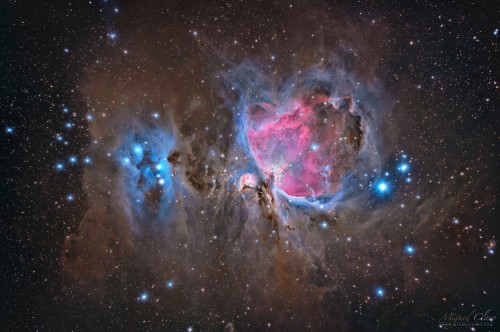 Claro captured this image from the Cumeada Observatory in Portugal’s Alqueva Dark Sky Reserve, where a lack of light pollution from cities makes for ideal stargazing conditions.

In the core of the Orion Nebula is a young star cluster known as Trapezium. “The stars of the Trapezium, along with many other stars, are still in their early years,” Claro told Space.com in an email. Nebulas are often referred to as “stellar nurseries” because the clouds of gas and dust condense to form baby stars.

“Observers have long noted a distinctive greenish tint to the nebula, in addition to regions of red and of blue-violet,” Claro said in the email. “[The] red emission glows from the light of hydrogen gas excited by energetic newly-formed hot and young stars in the core of the nebula. The blue-violet coloration is the reflected radiation from the massive O-class stars in the heart of the nebula.” O-class stars are the hottest and brightest type of star, and glow with bluish-white light.

See also: Hubble Space Telescope captured a rare face on view of a barred spiral galaxy in the Andromeda constellation.