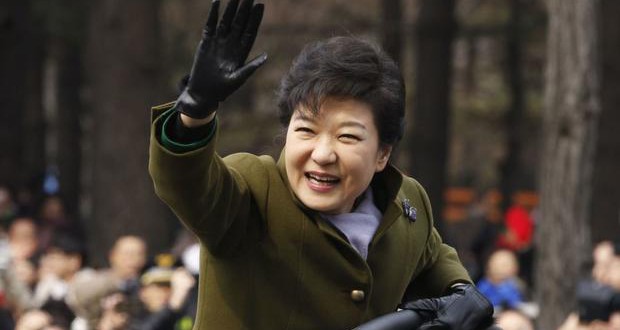 The unprecedented decision was unanimous, with all eight judges on the court voting to remove Park, the country’s first female president, from office. South Koreans immediately took to the streets, with some groups protesting against the decision and others celebrating her removal from power, Joinfo.com reports with reference to CNN.

The decision was revealed by Justice Lee Jung-mi Friday in a live broadcast that gripped the nation.

“We announce the decision as the unanimous opinion of all judges. We dismiss the defendant President Park,” said Lee.

South Korea’s political stability is crucial to the security of the region — it is a key buttress against North Korea, its provocative neighbor, and a major trading partner with the US and its Asian neighbors.

Here are the main developments from the day:

Park is the first South Korean president to be thrown out of office by the court. An election for her replacement must be held within 60 days, with Prime Minister and acting President Hwang Kyo-ahn to set the day. An adhoc Cabinet meeting will be held soon, a government official told CNN.

Park’s ouster means she loses the protection from prosecution she enjoyed as president. She could now face a formal investigation into her role in the corruption scandal which led to her impeachment.

During the announcement, anti-Park demonstrators were seen crying tears of joy and pumping fists in celebration, as applause rang out from the crowd.

Thousands of Park’s supporters waved South Korean flags as they stood on main thoroughfares near the Constitutional Court.

They were hemmed in by a ring of police officers, many wearing protective armor, and police vehicles.

A group of around 100 Park supporters tried to break through police lines near the court, and a number of people fell and were injured. Medical attention was provided at the scene.

Park’s supporters tried to reach the court, rocking the buses which blocked their way and attempting to climb over them.

Emotions were running extremely high in the pro-Park camp. One woman was heard screaming “democracy is dead, South Korea is dead.”

Hwang, who will remain in power until the election, has instructed all military personnel to be on alert and to increase security, the official said.

Police had issued the highest level of emergency order possible in Seoul ahead of the announcement.

About 21,000 officers are on standby for expected protests, with 270 units being mobilized.