Shares
Pan — a moon of Saturn — has to be the first ravioli-shaped satellite we've ever seen. 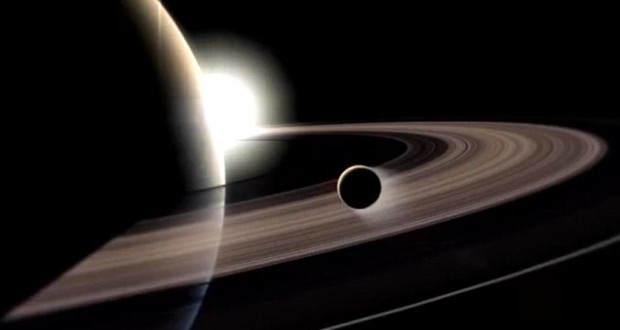 The Cassini spacecraft took a close-up photo of Saturn’s moon Pan, according to a new post by NASA, Joinfo.com reports with reference to Business Insider.

This top-down image from Cassini — taken from about 15,000 miles (24,500 kilometers) away — shows what may be the sharpest view of the moon:

Precious little is known about Pan. What we do know is that it’s one of Saturn’s 62 known moons, and it’s located some 950 million miles from Earth. The icy object is about 16 miles (26 kilometers) across at its widest part, and 8.8 miles (14.1 kilometers) wide on average, so it could mostly cover the five boroughs of New York City.

The reason it’s shaped like a round ravioli is a mystery, but it may be because of radioactive elements that it gobbled up during its formation. Stuck inside Pan, those warm elements may have led to a gooey center, which — if it spun quickly when it was young — may have flattened out the satellite, much like Saturn’s moon Iapetus.

Voyager 2 (another nuclear-powered probe) photographed Pan for the first time in the 1980s, but astronomers didn’t find the moon in those images until 1990.

Unfortunately, these incredible shots of Pan will be among Cassini’s last.

NASA recently fired Cassini’s thrusters to put it on course for a “Grand Finale” orbit, allowing the robot to take in these unprecedented views.