Shares
Polish PM Beata Szydlo has accused the French president of trying to blackmail her country, in a row over Thursday's re-election of EU leader Donald Tusk. 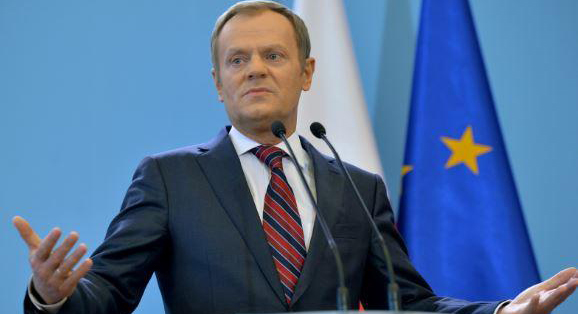 At the end of an EU summit, she said it was unacceptable for Francois Hollande to threaten to stop funds because Poland was “not behaving properly”, Joinfo.com reports with reference to the BBC.

Poland had tried but failed to stop Mr Tusk’s re-election, and refused to endorse the summit’s joint statement.

She said the EU faced new divisions if stronger nations tried to integrate more among themselves at the expense of weaker ones like Poland and fellow ex-communist countries in the east.

Friday’s talks in Brussels focused on the future of the post-Brexit EU.

EU members discussed making a joint declaration that should stress EU unity when they meet in Rome on 25 March.

Why the accusations of blackmail?

Poland’s failure to endorse the summit joint statement reportedly led to a confrontation over dinner on Thursday evening, with Mr Hollande saying that richer Western nations were helping to pay for Poland’s development.

“If someone says ‘you’re not behaving properly so you won’t get the money’ – that’s unacceptable,” Ms Szydlo told a news conference on Friday.

She also took a swipe at Mr Hollande’s personal popularity.

“Am I supposed to take seriously the blackmail of a president who has a 4% approval rating and who soon won’t be president?”

When the idea of an EU celebration of the 60th anniversary of the founding Treaty of Rome in the Italian capital was first mooted it must have seemed like a good idea.

Now Brexit casts a long, dark shadow over those proceedings – an organisation that has known nothing but steady expansion is about to lose a member state for the first time.

That is a confidence-sapping thought for an institution which has no firm timetable for planned future expansion in the Balkans.

There is no big idea on offer from the European Commission – just a palette of five vague outlines of how the EU will work in the future. The moment does not feel right for grand visions.

Then there is the Polish government’s anger at the re-election of their fellow-countryman Donald Tusk to a top job at the European Council. Poland – a huge beneficiary of EU funding – suddenly feels as though it might take the place in the European awkward squad that the UK is vacating.

The EU budget will come under huge strain when the UK – one of the biggest net contributors – leaves.

How did the row develop?

The dispute blew up after Poland failed to block the reappointment of Mr Tusk as European Council president – a key strategic role in the EU.

As a result Poland refused to give its consent for the joint statement at the end of the summit. Controversially, the conclusions – normally an expression of EU unity – came instead from Mr Tusk personally.

A long-running feud between him and Jaroslaw Kaczynski – the nationalist guiding the Polish government – caused the debacle.

Mr Tusk, a former Polish prime minister from a rival party, has been critical of controversial government policies, and has in turn been accused of meddling in Poland’s domestic affairs.

What is a multi-speed Europe?

There is new momentum behind the idea of EU members moving at different speeds – a way of saying that some member states are more in favour of further integration than others.

France, Germany and Italy back it – but Poland is adamantly against.

Poland and its neighbours fear being left behind if their stronger partners integrate in more areas, especially the eurozone.

But Mr Hollande said it was not about multi-speeds, but about being able “to go faster… and also further without closing the door on anyone”.

German Chancellor Angela Merkel said different aspects of integration were “open for every member state to take part in”.

Over the years, the UK’s distance from the EU on many key issues – including the euro, the Schengen passport-free zone and budget spending – has meant that the bloc is already de facto multi-speed.

There is a legal mechanism for smaller groups of countries to forge ahead with a common policy.

That was demonstrated again at this summit with agreement that 17 member states could set up a European Public Prosecutor’s Office – seen as a way to combat VAT fraud.