Shares
Turkish President Recep Tayyip Erdogan has warned the Netherlands it will "pay the price" for harming ties after two of his ministers were barred. 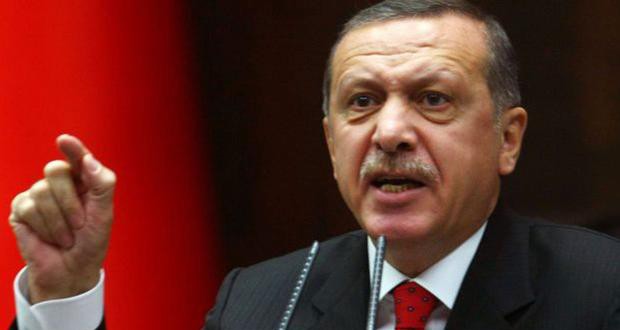 The two ministers were blocked from addressing Turkish expatriates in Rotterdam on Saturday, with one of them escorted to the German border, Joinfo.com reports with reference to the BBC.

The Dutch government said such rallies would stoke tensions days before the Netherlands’ general election.

Turkey’s ties with several EU countries have become strained over the rallies.

The rallies aim to increase support among expatriate voters for a referendum on expanding Turkish presidential powers.

Fatma Betul Sayan Kaya, Turkey’s family minister, had arrived in Rotterdam by road on Saturday, but was denied entry to the consulate and taken to the German border by Dutch police.

Several EU countries have been drawn into the row over the rallies:

Mr Erdogan accused countries in the West of “Islamophobia” and demanded international organisations impose sanctions on the Netherlands.

“I have said that I had thought that Nazism was over, but that I was wrong. Nazism is alive in the West,” he said.

He thanked France for allowing Mr Cavusoglu to travel to Metz to address a rally.

Mr Erdogan’s comments were “completely unacceptable”, and the Netherlands would have to consider its response if Turkey continued on its current path, he added.

The Dutch government is facing a severe electoral challenge from the anti-Islam party of Geert Wilders in its election on Wednesday.

Reports say the owner of a venue in the Swedish capital, Stockholm, has also cancelled a pro-Erdogan rally on Sunday that was to have been attended by Turkey’s agriculture minister.

Sweden’s foreign ministry said it was not involved in the decision and that the event could take place elsewhere.

What is the row about?

Turkey is holding a referendum on 16 April on whether to turn from a parliamentary to a presidential republic, more akin to the United States.

If successful, it would give sweeping new powers to the president, allowing him or her to appoint ministers, prepare the budget, choose the majority of senior judges and enact certain laws by decree.

So a number of rallies have been planned for countries with large numbers of expat voters, including Germany, Austria and the Netherlands.

Why are countries trying to prevent the rallies?

Many of the countries, including Germany, have cited security concerns as the official reason.