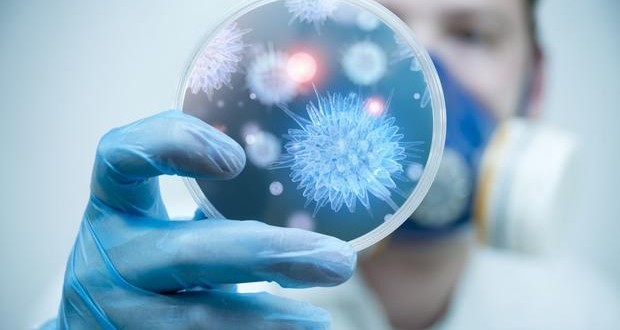 There are more than 25 drugs to control HIV, yet the virus remains one of the world’s biggest health problems. One of the many challenges with existing therapies is that a dormant version of the virus is always lurking in the background, ready to attack the immune system as soon as treatment is interrupted.

Now, new research from The Rockefeller University and the National Institutes of Health suggests that treatment with two anti-HIV antibodies immediately after infection enables the immune system to effectively control the virus, preventing its return for an extended period, Joinfo.com reports.

“This form of therapy can induce potent immunity to HIV, allowing the host to control the infection,” says Michel Nussenzweig, head of the Laboratory of Molecular Immunology and an Investigator with the Howard Hughes Medical Institute. “It works by taking advantage of the immune system’s natural defenses, similar to what happens in some forms of cancer immunotherapy.” 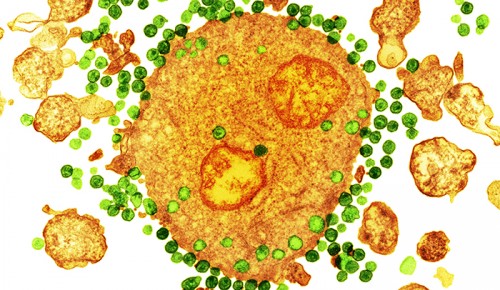 Viral suppression: Working in a monkey model of HIV, scientists discovered that a dual-antibody therapy can boost the immune system to control the infection and prevent the virus from returning.

The research was conducted in macaque monkeys, using a model of HIV infection called simian-human immunodeficiency virus (SHIV). Although this model does not precisely mimic human HIV infection, the findings suggest that immunotherapy should be explored as a way of controlling the virus and boosting an immune response that might be capable of controlling the infection in people. The study published on March 13 in Nature.

The two drugs used in the study, 3BNC117 and 10-1074, belong to a class of molecules called broadly neutralizing antibodies. They were discovered by the Nussenzweig laboratory in studies of “elite controllers,” people whose immune systems have a rare ability to fight off the virus. Each antibody binds to a different site of the virus, preventing its damaging effects from different angles.

13 monkeys were inoculated with the SHIV virus, and then given three intravenous infusions of the two antibodies over a two-week period. The treatment suppressed the virus to levels near or below the limit of detection, and its effect lasted for as long as six months. After the antibodies had cleared out of the monkeys’ bodies, the virus rebounded in all but one animal.

But then, 5 to 22 months later, something remarkable happened: six of the monkeys spontaneously regained control of the virus. Their virus levels once again plummeted to undetectable levels and remained suppressed for another 5 to 13 months.

These six monkeys were also able to maintain healthy levels of key immune cells after receiving the antibody infusions.

In addition, four other monkeys that did not regain complete control of the virus nevertheless showed promising responses to the treatment: they maintained extremely low viral loads and healthy levels of key immune cells for two to three years after infection. In total, 10 of the 13 monkeys benefitted from antibody immunotherapy.

Nussenzweig and colleagues also investigated what aspect of the immune system was helping the monkeys ward off the virus’s return. They gave the six controller monkeys an antibody that targets and depletes a type of immune cell called cytotoxic T cells. Infusion of this antibody immediately increased the amount of SHIV in the monkeys’ blood and decreased cytotoxic T cell levels, indicating that these cells play a key role in preventing SHIV replication after therapeutic antibody infusion.

The researchers are now repeating this experiment after a longer exposure to the virus, waiting two to six weeks after SHIV infection before administering the therapeutic antibody infusions. This is how long it usually takes for an HIV-infected person to be diagnosed and able to receive treatment.

Clinical trials testing the antibody combination in humans are also underway at The Rockefeller University Hospital.

The results of the research have been published in the Nature magazine.