Shares
Scientists say that a strange ‘rogue planet’ wandering through space near our solar system may be even more mysterious than we thought. 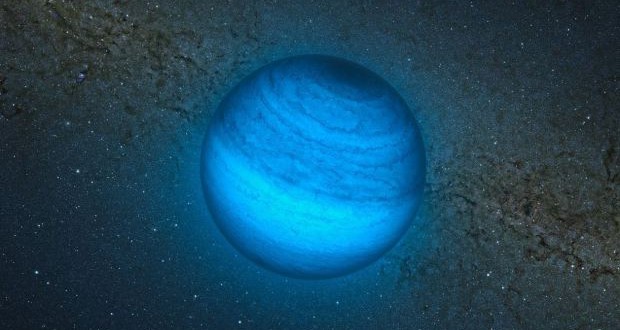 Scientists are now puzzling over what the mysterious object is – is it a rogue, free-floating planet, or something even stranger?

Scientists now believe that the planet – found in 2012 – might be a ‘brown dwarf’ – an object too small to be a star, but too big to be a planet.

‘CFBDSIR 2149-0403 is an atypical substellar object that is either a ‘free-floating planet’ or a rare high-metallicity brown dwarf. Or a combination of both,’ said Dr Philippe Delorme from Grenoble Alpes University in France.

‘We now reject our initial hypothesis that CFBDSIR 2149-0403 would be a member of the AB Doradus moving group.

‘Though determining that certainly improved our knowledge of the object it also made it more difficult to study, by adding age as a free parameter.’