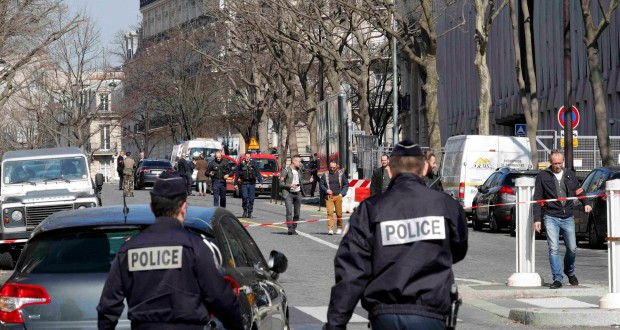 A letter exploded when it was opened at the International Monetary Fund offices in central Paris, injuring one person in the face, Joinfo.com reports with reference to The Guardian.

Police said there had been telephone threats against the IMF but it was not clear if they were linked to the explosive device. It was also unclear who had sent the device.

Christine Lagarde, the head of the IMF, said in a statement: “I have been informed about the the explosion in the IMF’s Paris office, which caused injuries to one of our staff. I have been in touch with the office, and my compassion goes to the colleagues there.

“I condemn this cowardly act of violence and reaffirm the IMF’s resolve to continue our work in line with our mandate. We are working closely with the French authorities to investigate this incident and ensure the safety of our staff.”

France remains in a state of emergency after a string of deadly Islamic extremist attacks over the past two years.