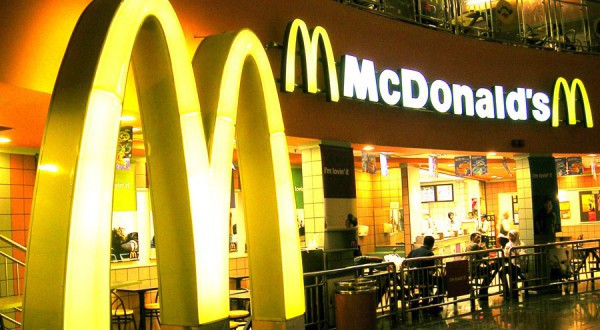 The tweet was up for about 20 minutes only — but in that time, it was liked and retweeted more than a thousand timesJoinfo.com reports with reference to NPR. 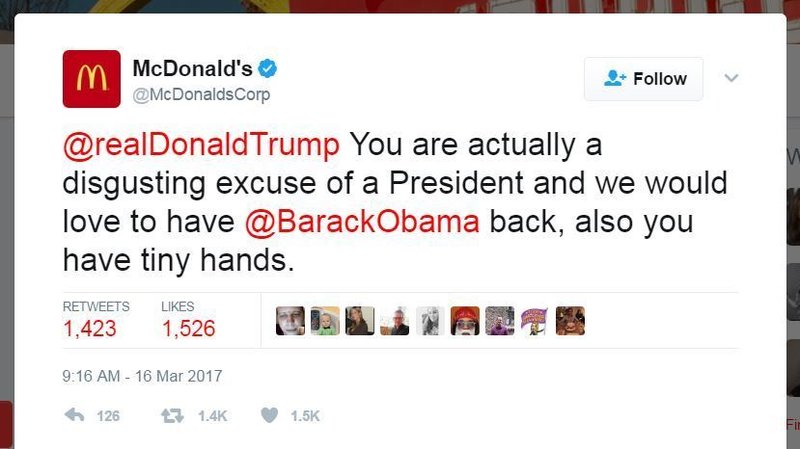 “You are actually a disgusting excuse of a President and we would love to have @BarackObama back,” said the tweet that was briefly pinned to the top of the McDonald’s page. It concluded, “also you have tiny hands.”

An early message to McDonald’s seeking comment wasn’t immediately answered; more than an hour after the incident, the company said that its Twitter account “was compromised.”

Posted at 9:16 a.m. ET, the tweet quickly drew a wide range of responses — and guesses over whether it was the work of an external hacker or a disgruntled employee.

The tweet came as a significant departure on a corporate account that normally contents itself with marking holidays, promoting McDonald’s outlets and informing investors about company strategy.

“I assume somebody decided to quit their social media job in style,” reads one popular comment.

Others joked that perhaps the Hamburglar, the McDonald’s cartoon character, had infiltrated the company’s social media division. And some, assuming that the tweet would be short-lived, posted a Web Archives link to the message.

While people posting those early responses didn’t seem to believe the message reflected a shift in McDonald’s public stance on America’s leadership, several of them did say that they’re now planning to eat a Big Mac today.

Other reactions came from Trump supporters — within an hour, one Twitter user had asked McDonald’s: “Why would you post this! You think it’s ok to insult our president? For the record Obama was a failure!”

The now-deleted tweet comes one year after Trump explained his appreciation for McDonald’s and other fast-food chains, saying on CNN that the restaurants were run to tight standards. And, he added, he likes the Filet-O-Fish as well as the burgers.

After clinching the Republican presidential nomination last May, Trump posted a photo of himself eating a meal from McDonald’s on his private jet, in an image that inspired a number of Photoshop retouches.